It was a preseason playoff game played in the middle of what would normally be the regular season.

And it may have been the most-important exhibition game in BCHL history to be played in November – given there was a trophy on the line.

The battle for the Okanagan Cup to determine the best among the four Okanagan teams required extra time Saturday at South Okanagan Events Centre – with Jacob Quillan scoring on a great individual effort 1:14 into overtime to give Penticton a 3-2 win. 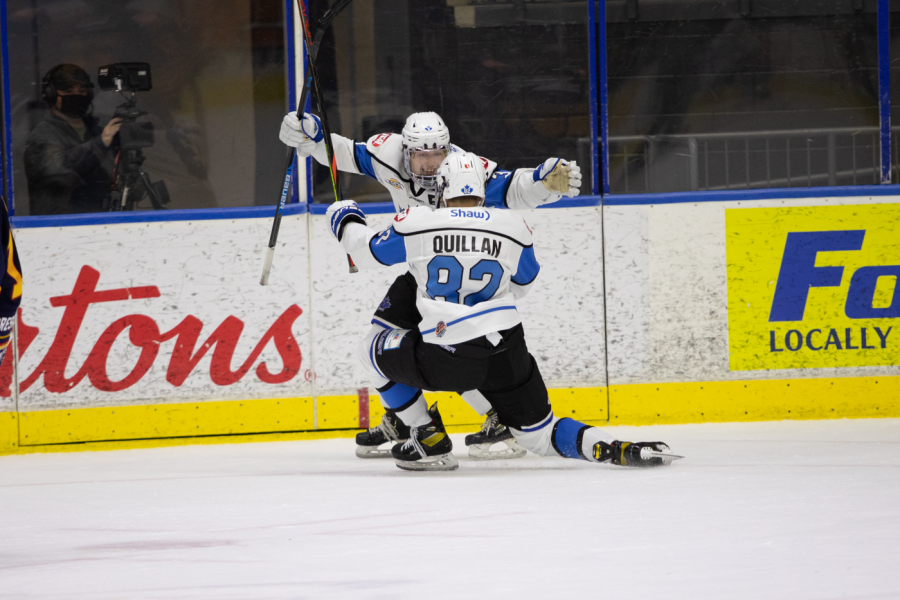 “He’s been getting better, and a horse for us really. His line’s been real solid, and he makes a heck of a play in overtime,” said Vees head coach Fred Harbinson minutes after the on-ice Cup celebration. “It was awesome. I mean, a tight game. Obviously Vernon played extremely well. It was kind of a chess match for a lot of the game.

"We talked about it going into the third – that we had trouble making plays the first two periods. I told our guys, there haven’t been many games this year where we’ve gone three periods without making plays.

And Quillon’s goal was a beauty.

Connor Bouchard, an affiliate player with the Vees as a 15 and 16-year old, and on loan to Penticton from the WHL Tri City Americans, picked up an assist on the overtime winner, earning five points in the two Okanagan Cup playoff games.

“The biggest thing for me was, you listen to everybody on the bench, and nobody panicked,” continued Harbinson. “Everybody stuck together and helped each other out. We didn’t sag after their late goal, and then to get the huge win in overtime.”

The Vees advanced to the Okanagan Cup final with a 5-2 win over Salmon Arm Friday, and finished the preseason with a 13-1 record, scoring 65 goals, and giving up just 23.

The Vipers blanked the Warriors 2-0 Friday in West Kelowna to advance to the Okanagan Cup final, and finished the exhibition season with a 4-6-1-3 record.

Unlike Friday's semifinal victory, when the Vees were outshot 6-1 in the early going, Penticton got off to a quick start Saturday, outshooting the Vipers 10-5 and controlling first-period play.

Ryan Shostak gave Vernon a 1-0 lead at 9:54, and Penticton tied the game four minutes later on a goal by Tristan Amonte, who accepted a sneaky centering pass from Tyler Ho and beat Vernon netminder Koen MacInnes, on loan from the Saskatoon Blades of the WHL.

The teams had a scoreless second period, with Penticton holding a slim 12-10 shots on goal advantage through 40 minutes.

The game remained tied until the 6:44 mark of the third, when Matteo Costantini scored his six of the preseason to give Penticton a 2-1 advantage. The point allowed Costantini to move into a tie for the BCHL scoring lead with 20 points in 14 games.

The Vipers had a great chance to tie the game late in the third with Quinn Hutson took a slashing penalty. Vernon peppered Perets with shots, but failed to score the tying goal with the man advantage.

But just seconds after the penalty expired, Will Arquiett maneuvered his way in front and flipped the puck over Perets to even the score, eventually forcing overtime. 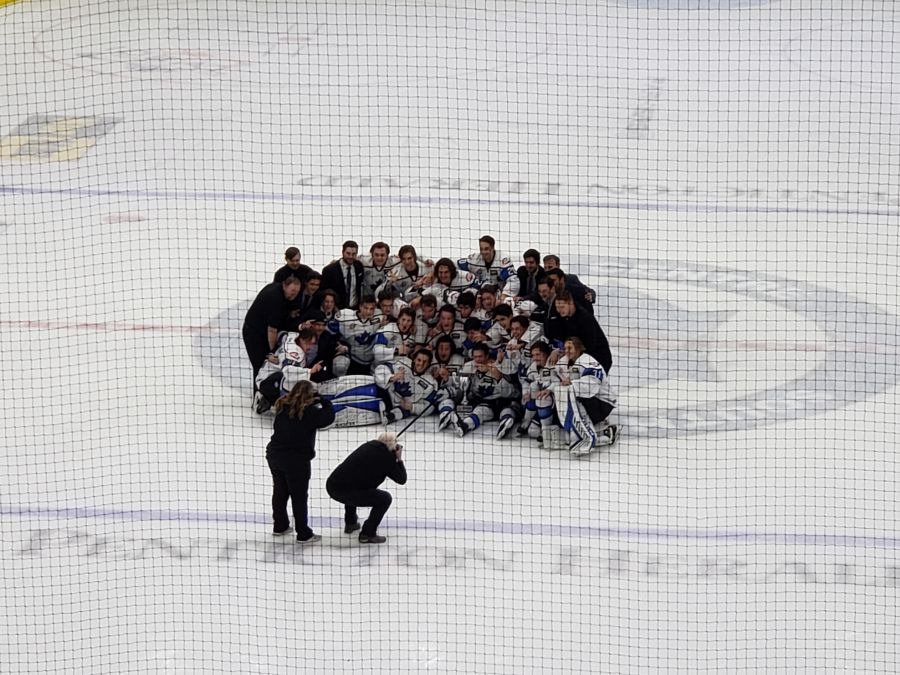 It may have been a preseason game, but Harbinson stressed the importance of the win.

“I’ll say this. We never called it preseason once. And to be honest with you, my phone absolutely blew up today from former players who played for us. This game meant a lot to our players. It meant a lot to our organization,” stated Harbinson. “In a world right now where there’s very few hockey teams playing, we’re going to get a banner and it’s going up. I told these guys today, the banner’s going in the rafters and it’s going to be there as long as the building stands.”

Now the Vees and the other Okanagan Cup teams can concentrate on the start of the BCHL regular season, slated for Dec. 4th.

“You know, it’s funny, you can say we’re getting ready for the start of the regular season, and it’s already mid November,” summarized Harbinson. “It’s a weird year. Let’s just cross our fingers that everything keeps moving so we’re playing in a couple weeks.

“For tonight, we’re going to celebrate and the guys are excited about it."

For more on the start of the BCHL regular season, click here.