SPCA Wants BC Residents to Take Action Against Wolf Cull 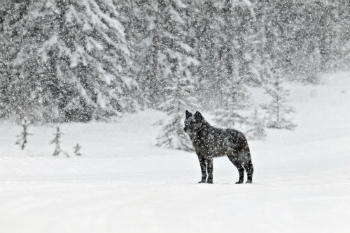 The BC SPCA is getting into the argument about the province’s plan to cull wolves by shooting them from helicopters in order to protect caribou herds.

The BC SPCA is opposed to the culling of wolves saying there is a lack of credible scientific evidence to support it and that it cannot be done humanely.

“Killing from helicopters, even by the most skilled marksman, causes excessive stress during chase and there is no way to confirm death was quick and painless,” said the BC SPCA in a statement. “Culling can fracture pack social structures and create an ecological imbalance for other species in the area. There is little evidence that removing all wolves in the area will allow the caribou population to recover and stabilize - it's just a hope - too little too late.”

In 2013 BC SPCA Chief Scientific Officer Dr. Sara Dubois co-authored a study that found that the majority of the members of the public do not agree with the killing of one species to save another. “Saving mountain caribou is important, but not at the cost of wolves,” was the sentiment thought by BC residents. Caribou management has been an ongoing process since the 1990s and reducing habitat fragmentation and human disturbance has always been a key measure.

The SPCA is calling on BC residents to learn more about the cull and contact their local MLA to voice opposition. They encourage people to read the Raincoast Conservation Foundation’s five reasons to oppose BC’s wolf cull. There is also a petition campaign by Pacific Wild Alliance that they ask be shared with family and friends. So far, more than 138,000 people have signed the petition. 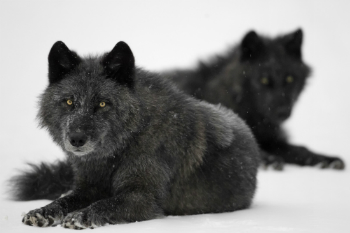 The wolf cull debate has been raging in the province since the government announced the plan on January 15th, 2015. At least one organization has come out supporting the plan, Wildsight. According to the provincial government, caribou herds continue to decline in the province so as a way to counter this; shooters will be hired to kill wolves from above.