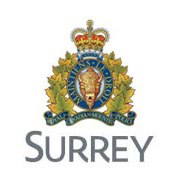 A pilot has died following the crash of a small plane in Surrey.

According to Surrey RCMP, officers received a report that a small plane crashed into a field south of Colebrook Road and north of Highway 99 at approximately 1:10 p.m.

Police patrol units, along with Surrey Fire and Emergency Services, were immediately dispatched to the scene.

As reported by witnesses, the plane was flying northwest, and then turned toward the east when the aircraft went down.

After attending the scene, emergency responders discovered one adult male, who is believed to be the pilot. The male was pronounced deceased at the scene.

The man’s identity has yet to be released.

Both the BC Coroners Service and the Transportation Safety Board of Canada have been advised of the incident.