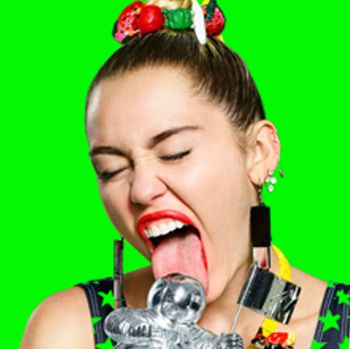 The singer spoke out against it, lending her support to those who are campaigning to stop the killings.

Cyrus took to Instagram on Tuesday and urged her followers to sign an anti-wolf cull petition that was created by B.C. conservation group Pacific Wild.

“I ask so much of my fanz, friendz, & family… But I am shameless when it comes to making changes in a world that needs to reevaluate its morals when dealing with the kindness and compassion towards animals, humanity, and the environment,” wrote Cyrus.

I ask so much of my fanz, friendz, & family... But I am shameless when it comes to making changes in a world that at times needs to reevaluate its morals when dealing with kindness and compassion towards animals , humanity , and the environment. None of us are perfect! A lot of times our actions are just a result of the unknown BUT I / we are all evolving more everyday (please always lemme know YOUR passions as well I love learning more about what is going on in the world.... half of the solution is understanding the problem) That's why it is all of our responsibility to bring light into the darkness! I am not asking for $ or much of your time just your signature so the government will stop killing these beautiful creatures (which if money is any motivation, over 2 million dollars will go into cruelly murdering the wild wolves) ! We (humans) are over populating while more animals everyday go into extinction! A life with more humans and less animals sounds like a very sad planet.... Sometimes I wish I could move to the moon & take them all with me... Love you all dearly ❤️❤️❤️❤️ take action @ pacificwild.org and please #savethebcwolves @braisoncwukong thank you for sharing this major issue with me.... I love you and your big heart and WE as Kongs are going to do something about this! We can't let another winter pass us by without stopping this mass extermination! @pacificwild

The wolf cull program was announced by the provincial government in January, 2015 in order to protect caribou herds. According to the Ministry of Forest, Lands, and Natural Resource Operations, wolves are threatening caribou herds specifically in the South Selkirk Mountains and in the South Peace Region.

As part of the program, wolves were shot from helicopters.

The BC SPCA has spoken out against the plan, saying that killing wolves from helicopters can cause stress during the chase and there isn’t any way to know if the death was “quick and painless.”

Don't let squares play the role of the circle of life!

“Don’t let squares play the role of the circle of life,” said Cyrus in a second Instagram posting about the wolf cull.