Four people associated with a crime organization known as the Surrey Boys have been arrested and are facing charges following raids in Grand Prairie.

The raids were conducted by the Alberta Law Enforcement Response Teams (ALERT) and resulted in officers seizing a significant amount of drugs and cash, as well as two handguns. Nearly a quarter million dollars’ worth of drugs and cash proceeds of crime was seized as the result of search warrants being executed on January 21st. ALERT searched three Grande Prairie homes with the assistance of the Grande Prairie RCMP.

“This demonstrates ALERT’s ability to target gang-related activity in communities across the province and it has a significant public safety impact,” said Insp. Chad Coles.

The search warrants resulted in the seizure of:

The drugs seized have an estimated street value of $183,290. Cash and three vehicles were seized as offence related property and will be submitted to the province’s civil forfeiture office. One of the handguns was a loaded, prohibited revolver, while the other handgun was previously reported stolen out of Burnaby in 2004. 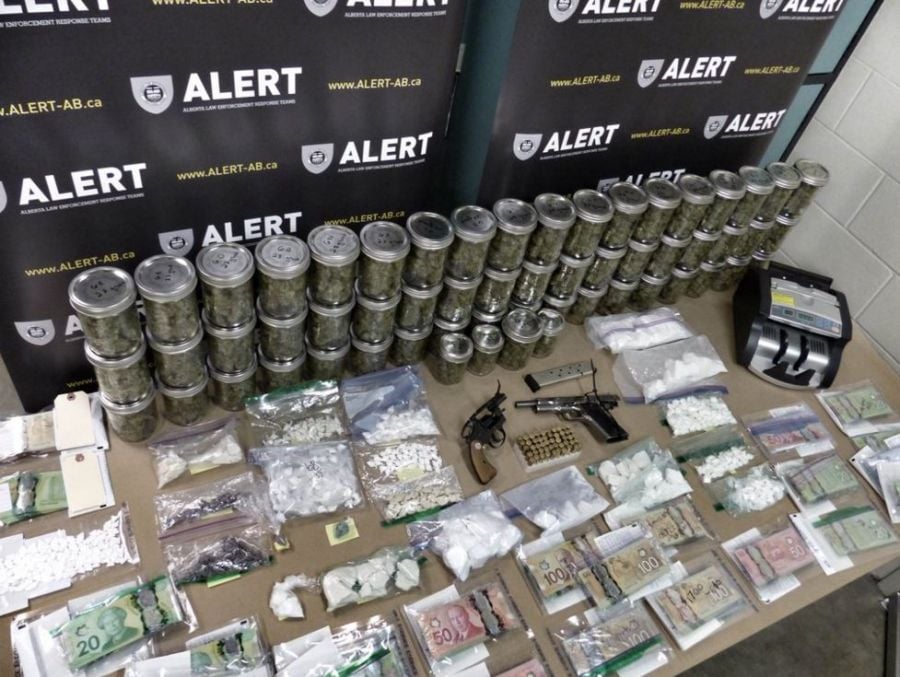 Four people were arrested all have strong ties to Surrey, B.C. and are allegedly involved in Grande Prairie drug trafficking operations under the name Surrey Boys. ALERT believes they are connected to a larger organized crime group operating in the lower mainland area.

The four accused face a total of 73 charges relating to firearms and drugs are Thomas Saul, 31; Kristopher Soucy, 31; Richard Morales, 25; and Danielle Zentner, 21.