BCIT in Burnaby has confirmed that an individual was caught peeping on students late last year. 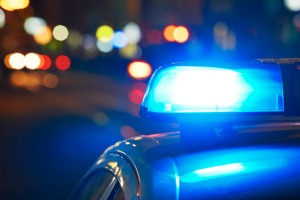 The president of the school confirmed to the public that reports of a peeping tom were true as a letter was sent home to students on February 2nd. Burnaby RCMP arrested an individual at the Burnaby campus late last year in relation to voyeurism.

“This behaviour is unacceptable and we take this very seriously,” said Kathy Kinloch in a statement. “Given this, I wanted to reach out tonight to assure you that your safety and wellbeing at BCIT are very important to us.”

Kinloch thanked the RCMP for their quick response to the incident, but declined to release further information about what occurred, but did state that there may have been other victims.

“RCMP believes that there might have been further incidents and is appealing to the public to come forward if they have any information that may assist with their investigation. You may contact Burnaby RCMP Constable Clint Paisley at 604-656-3245.”

Kinloch said the incident has made her reflect on the way the college communicates with the campus and says she will look to improve relationships in the future.

“You have my assurance we will communicate with you in a timely way in future,” Kinloch added.

According to Vancouver Provincial Court records, Chieh-Sen Yang is facing one charge of secretly observing/recording nudity in a private place and will appear in court on Wednesday. Court records state that Yang was born in 1992 and he is in police custody.

Burnaby RCMP has not released details surrounding the incident, but court records indicate the voyeurism occurred on November 20th, 2015.