The Regional District of the Central Kootenay (RDCK) have announced a police investigation has been launched into two cases of alleged tree poaching.

According to officials, one cedar tree is estimated to be between 300 and 450-years-old, while the other cedar is believed to be roughly 50 to 60-years-old.

Both trees were felled on private land just outside of Nelson, B.C. and adjacent to Cottonwood Lake Regional Park.

"Being that this is on private property, the illegally fallen trees become a matter of theft and a criminal offense," said Cpl. Derick Pitt.

"Generally, people illegally fall trees when they're too lazy to go to crown land for firewood, but because this was a cedar tree and it was cut into thin slices, they could have been looking to use the wood to make shingles." 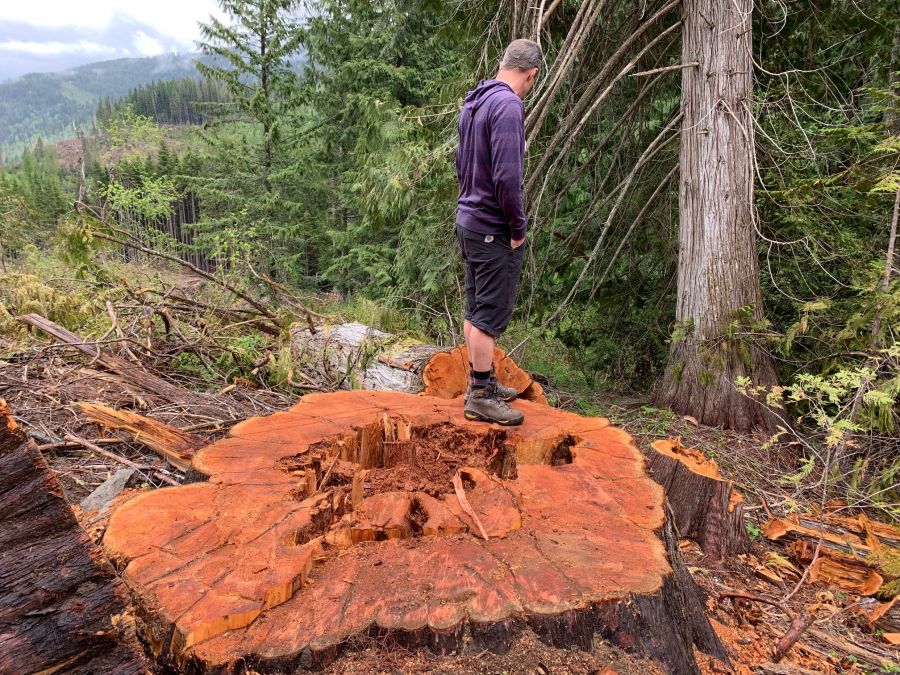 Despite cutting down the massive tree down sectioning the logs, Cpl. Pitt says the large majority of the timber was left behind due to rot.

If apprehended, the offender could be fined between $173 and $2,000 under the Forest and Range Practices Act for cut, removed, damaged or destroyed timber on private property.

The two trees were set to be incorporated into Cottonwood Lake Regional Park, with plans to make the 350 plus-year-old tree a "special feature" of the park experience.