Mounties in Grand Forks engaged in a wild “float chase” following a resident of Washington State over the weekend.

According to RCMP, officers were called into action on Friday, July 24, around 1 am after being alerted that a stolen vehicle had entered Canada illegally at the Port Cascade border crossing.

The suspect had driven through a deployed spike belt in America before ramming through the barriers at the border, ditching the vehicle and fleeing on foot.

Later that Friday, the suspect was spotted by officers back near the stolen vehicle where he resisted arrest before jumping into the Kettle River.

Grand Forks RCMP tracked the man for two and a half hours as he floated down the river removing his clothes. 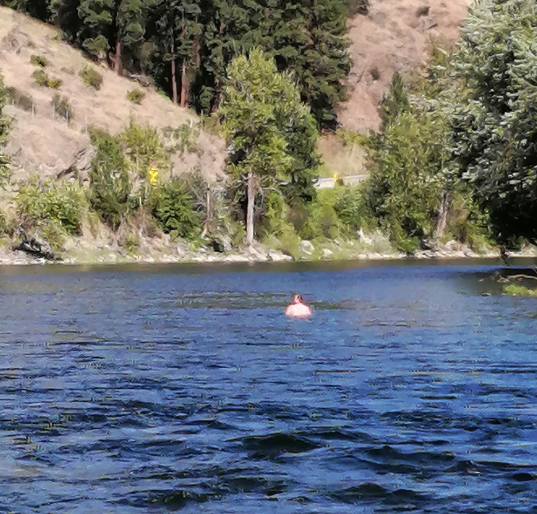 Eventually, as the river narrowed, officers along with some good samaritans were able to pull him from the waters and escort him into custody.

The man was turned over to the Canada Border Service Agency (CBSA) and a criminal investigation is now underway.

This was an exceptional response from many involved including the Grand Forks and Midway officers who tracked the male for 2.5 hours, the Grand Forks Fire Department, BC Emergency Health Services and local search and rescue personnel, said Sergeant Darryl Peppler.

We would like to thank the good Samaritans who assisted us in helping to safely escort this male to shore where he could be taken into custody.