UPDATE: Pekingese found severely injured in BC passes away

The BC SPCA announced today that Falcor passed away from his injuries, despite attempts to treat him. 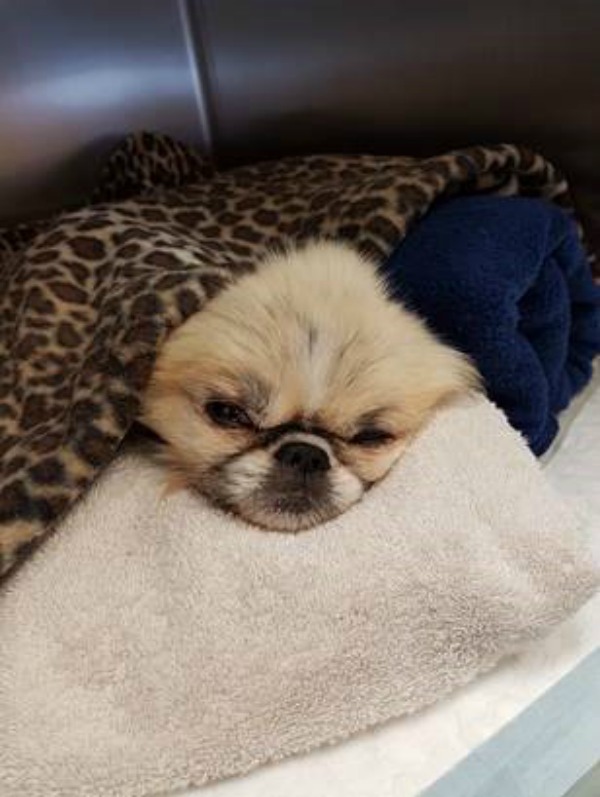 "Falcor, a small Pekingese dog recently arrived at the SPCA so severely neglected that he had necrotic tissue all up his back that had eaten away the flesh down to his spine," said the SPCA.

"We did everything from blood transfusions to IV antibiotics to save him, but in the end, all we could do was hold him softly and let him go."

The BC SPCA said last month that they have opened an animal cruelty investigation to try and find out what happened to the dog.

"Falcor’s visible signs of neglect were so obvious, we suspect somebody may have seen something long before he was brought to us," they said.

"Were they afraid, or did they not know who to call?"

In honour of Falcor, they are asking people to pledge to call the Animal Helpline at 1-855-622-7722 when an animal in distress.

The BC SPCA has opened an animal cruelty investigation after a dog was found severely wounded.

Falcor came to the North Cariboo SPCA in Prince George with a horrible open wound on his back.

BREAKING: Pekingese dog fighting for his life. In a devastating case, a small dog now named Falcor came to #BCSPCA with a festering open wound on his back. He was cold and unresponsive as staff rushed him to the vet for intensive care: https://t.co/pcMaQMG7WY pic.twitter.com/fBgCAbM60J

The SPCA said that he was cold and unresponsive as staff rushed him to the vet for intensive care. The little Pekingese mix was shaved, exposing his wound, which had a great deal of necrotic tissue and was covered with maggots.

It’s not currently known if the dog will survive.

Falcor will need a series of tests, including X-rays and blood work, to assess whether there is damage to his organs. However, the SPCA says that the pup isn’t strong enough at this time. 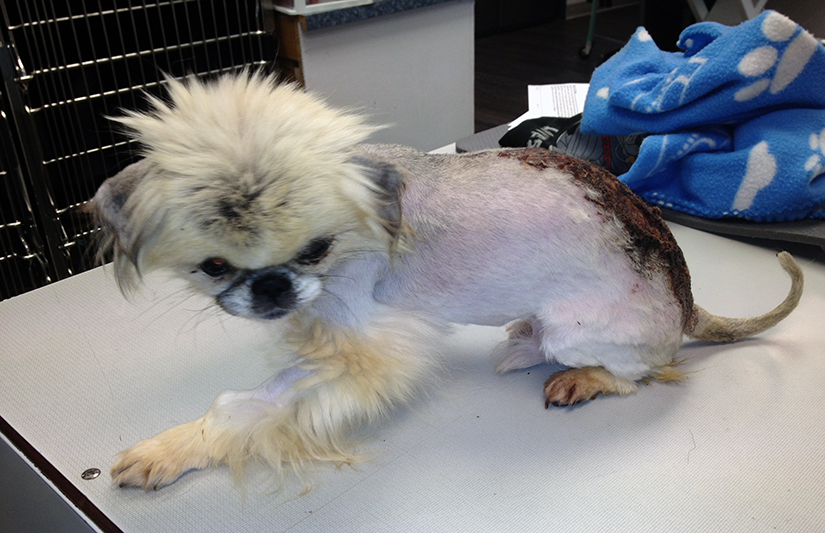 He is being monitored closely and being provided with daily, life-sustaining care at the veterinary clinic.

“This dog has suffered immensely and deserves a fighting chance,” says BC SPCA chief prevention and enforcement officer Marcie Moriarty. “We have reason to believe that he was a victim of cruelty and are currently investigating this case.”

His medical bills are expected to reach $5,000, but a huge amount of support has been shown, with over $9,000 in donations from the public.

“We do not know how deep this innocent canine’s psychological wounds are or how he got such a severe gash along his back. What we can do is give him a second chance to live and show him that there are kind people in the world who care,” said the SPCA.