According to Abby PD, a vehicle was pulled over at 2:40 am on Hwy 1 near Sumas Way when it was excessively speeding. At some points, the vehicle was reportedly travelling over 200 km/h in a 90 km/h zone. 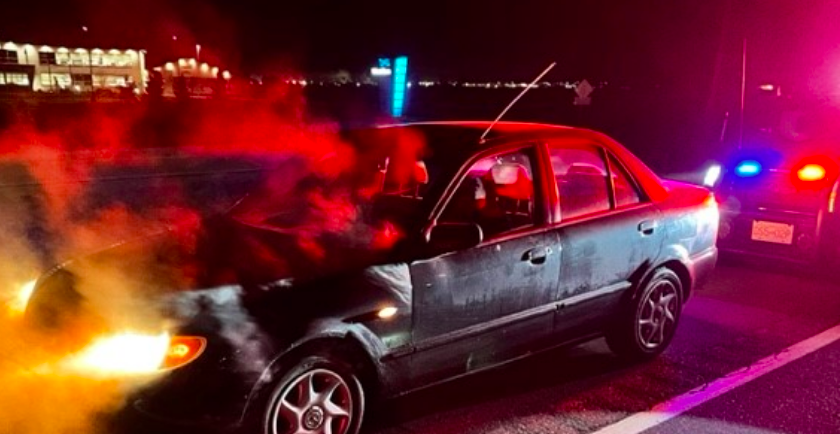 The 20-year-old, who only had his new driver's license, saw his vehicle seized for his actions.

"The car was going so fast that the engine blew. Driver charged with excessive speed, driving without consideration & failing to display his 'N.' Car Seized."

Police went on to remind residents to drive slowly, safely and to the conditions.

VIDEO: Banksy and Warhol make their debut in Kelowna