On May 21, 1942, the first arrivals of Japanese Canadians began to arrive at the Greenwood, Kaslo, New Denver, Slocan City and Sandon Internment Camps.

Premier John Horgan says the funding package is meant to provide enhanced health and wellness programs for internment-era survivors, create heritage sites for all British Columbians to learn about the internment camps, including a monument to honour survivors.

The province’s curriculum is also meant to be updated to teach future students about the time when an estimated 22,000 Japanese Canadians were interned during the Second World War.

In a new release, the province says the funding package builds off a 2012 apology made by the BC Legislature and an initial $2 million grant provided to the Nikkei Seniors Health Care and Housing Society to develop and deliver programming for internment-era survivors.

“Eighty years have passed since the internment of thousands of Japanese Canadians. Families were uprooted and incarcerated, forced to leave behind the lives they had worked so hard to build. It was a cruel, racist act, and the injustice still resonates today,” said Premier Horgan.

“We are committing this new funding to honour the legacies of Japanese Canadians, to continue the healing of intergenerational trauma, and to serve as an important reminder of this dark chapter in BC’s history.” 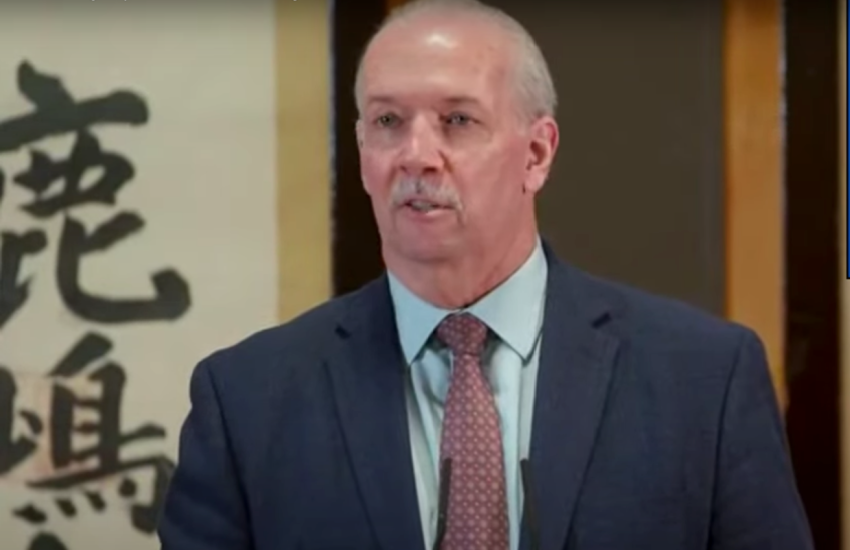 In 1942, more than 90% of Japanese Canadians living in BC were detained under the War Measures Act and were stripped of their homes, possessions and businesses.

Immediately following the end of the war, Japanese Canadians were given the choice to move east of the Rockies or back to Japan, a country many of them didn’t even know.

“At age eight, together with my parents and siblings, we were uprooted from our home and life in Vancouver by the Government of Canada,” said Grace Eiko Thomson, an internment-era survivor, in a news release.

“The war with Japan was used as an excuse to remove from the West Coast all persons of Japanese ancestry, even as my parents were registered as 'naturalized Canadians', with born-in-Canada children.”

These families would be able to return to the West Coast until 1949, four years after the war ended. However, they were still met with racist policies and treatment for years afterwards.

“The shadow of the internment of almost 22,000 Japanese Canadians still hangs heavy over the community,” said Rachna Singh, parliamentary secretary for anti-racism initiatives.

“This discriminatory policy saw families separated, culture and community torn apart, and people uprooted from their homes and businesses. We know that healing the wounds of the past is a long process … I hope this announcement brings some solace to the survivors and their descendants.”