Parts of British Columbia could see massive losses if the province doesn’t start planning for flooding as ocean waters rise and storms surge due to climate change, says a researcher at the University of BC in Vancouver.

BC lacks a much-needed overarching authority to oversee coastal flood management and ecosystem conservation, said Kees Lokman, a professor of landscape architecture and the head of the university’s coastal adaptation lab.

Lokman recently received a $1-million grant for a four-year project dubbed “Living with Water,” which aims to set the foundation for a comprehensive, co-ordinated coastal flood adaptation plan in the province.

The findings will be available in an open-source database that will function as a toolkit to help communities plan for the future, he said.

The resources should help local and regional governments evaluate the merits and trade-offs of different adaptation options, he said, from reinforcing existing shorelines to retreating to higher ground.

“We have time,” said Lokman. “But we need a concerted effort and we need to be strategic in terms of how we protect, where we protect and when.” 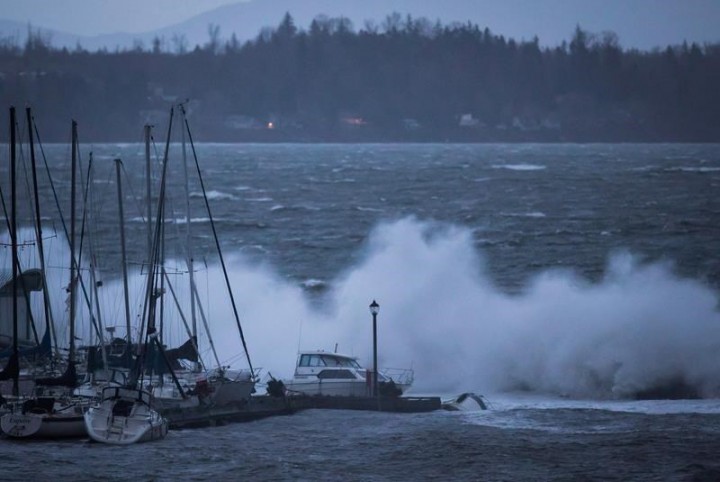 The majority of BC residents live within a few kilometres of the province’s coastline, with more than 60% living in the Lower Mainland.

Sea levels in the region are expected to rise around half a metre by 2050 and one metre by 2100, according to a report commissioned by the BC Environment Ministry in 2013, while coastlines in Atlantic Canada may be even more sensitive to encroaching ocean waters.

But communities still lack the technical and ecological knowledge, policy guidance, funding and other supports they need, said Lokman.

NASA has measured sea level rise along the U.S. west coast near BC at 0.4 inches or just over one centimetre per year in the last five years.

One of the most serious consequences of rising seas is the risk of extreme flooding typically associated with storm surges coinciding with high tides.

“If we wouldn’t have storm surges, it would be a lot easier,” said Lokman.

The Vancouver International Airport and critical shipping infrastructure in BC’s Lower Mainland are vulnerable to coastal flooding, he said.

Swaths of BC’s agricultural land reserve are located in the Fraser River flood plain and surging water could threaten food security, he added.

Sandbags can be found along the shore of popular beaches in Vancouver during “king tides” to limit nuisance flooding, said Lokman, noting the highest tides of the season are a good indicator of what’s to come.

“Where we’re seeing flooding (with) king tide now, those areas will be permanently flooded, likely, with half a metre sea level rise.”

The losses from rising seas and storm surges could be “tremendous,” said Lokman, from coastal habitats to real estate to culturally significant sites.

The best approaches to adaptation in some populous areas are conventional options like dikes and sea walls, said Lokman, pointing to False Creek in Vancouver. The inlet is lined with condos and major infrastructure, including the Vancouver Canucks’ hockey arena and Granville Island, a popular artist and tourist hub.

Other places are candidates for nature-based options for mitigating rising waters, such as floating wetlands and kelp beds, clam gardens and living dikes built up from sediment deposits instead of concrete, said Lokman.

Such solutions can protect coastal habitats and wetlands that store carbon more efficiently than any other natural ecosystem, including forests.

Living with Water involves partners across BC’s southern coast, including municipalities, legal experts and the Squamish and Tsleil-Waututh First Nations, as well as the provincial government, said Lokman.

The first step among the array of interdisciplinary researchers and project partners is to develop a shared understanding of what coastal adaptation means, he said, including how to integrate Indigenous knowledge.

The latest mandate letter for BC Environment Minister George Heyman includes a directive to support work with other ministries aimed at developing “a new provincial coastal strategy to better protect coastal habitat while growing coastal economies.”

Representatives for the ministry did not immediately respond to questions about the province’s plans to address sea level rise and floods.

The Pacific Institute for Climate Solutions is funding the project.