A Good Samaritan got the shock of his life when a “dead” bald eagle he picked up off the side of the road woke up in the back of his car.

The man was driving the predator to the Conservation Officer Service in 100 Mile House on Wednesday after spotting it on the ground along Hwy 97.

He thought it had been hit by a vehicle and killed. 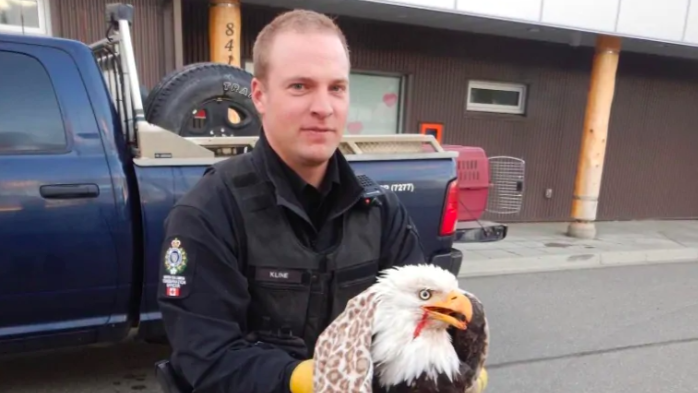 But when it “suddenly woke up” from its suspected concussion as he was driving, it “scared the life out of” him, police said.

Spooked by the apparent resurrection, he drove straight to the RCMP building in 100 Mile House. 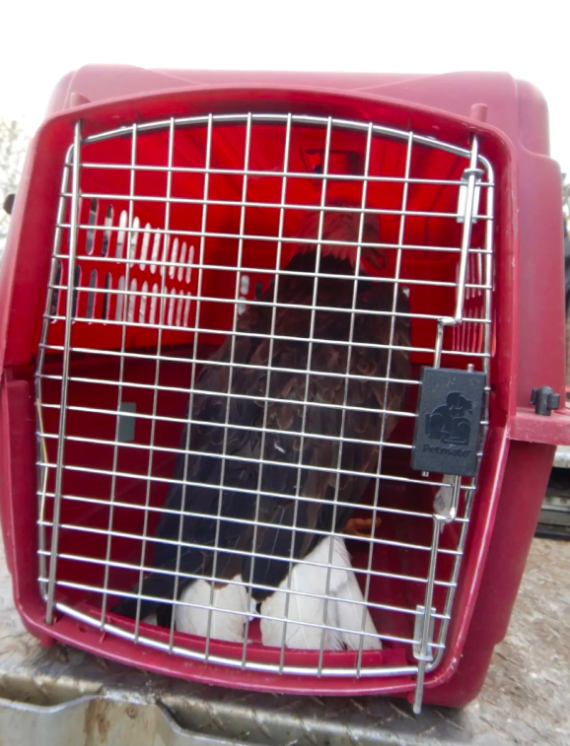 A conservation officer was then called to put the bird safely into a kennel.

“If you look closely at the photo of the red kennel, you can see the bird is very much alive and likely very upset,” Cpl. Madonna Saunderson explained.

Police have since been updated by the Conservation Officer Service and told the eagle is “doing well” and is set to see a vet before being sent to a rehabilitation centre in the Lower Mainland. 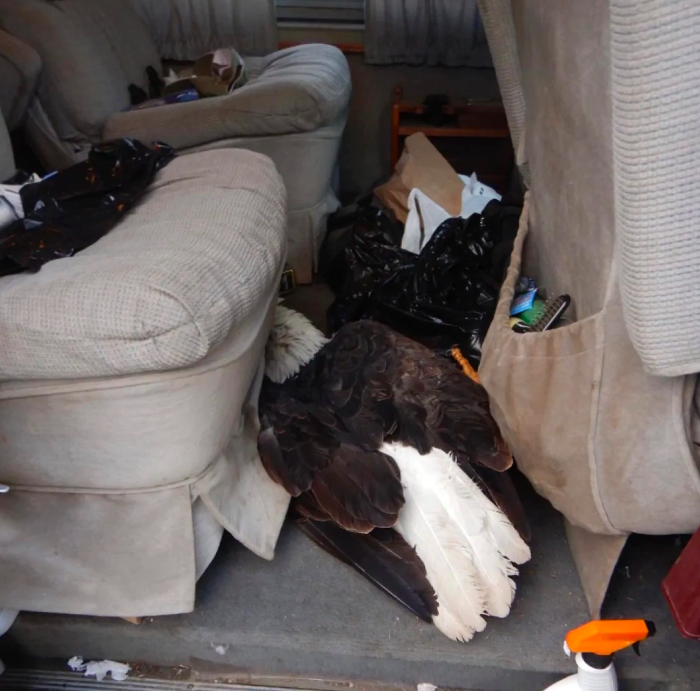 “100 Mile House RCMP stresses caution when approaching any wild animal that looks deceased, or you might end up with an upset eagle flapping around in the backseat of your minivan,” Cpl. Saunderson added.

Call the COS hotline at 1-877-855-3222 or call your local RCMP detachment before approaching an animal, she added.