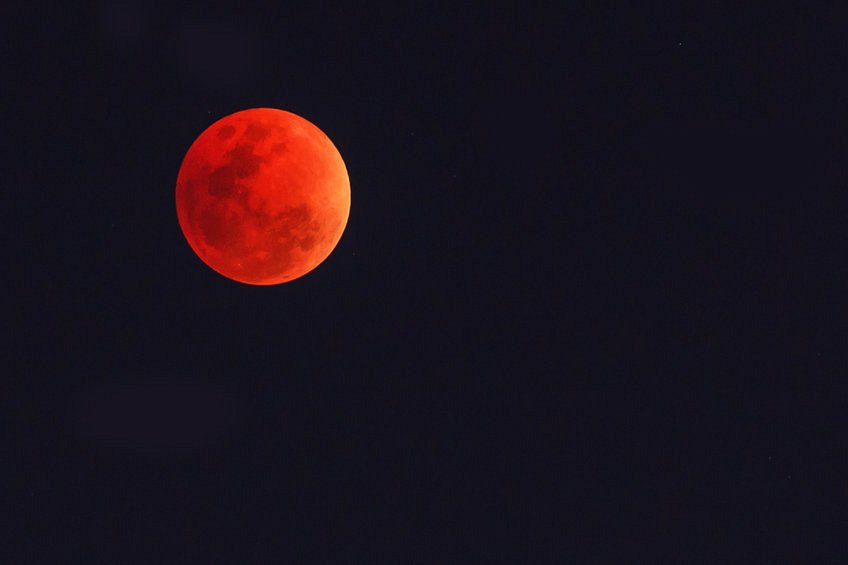 Get your cameras ready—on Sunday night, much of Canada will be treated to a total lunar eclipse.

As long as we have clear skies, you should be able to see the eclipse begin at around 8:30 pm on the night of May 15-16. 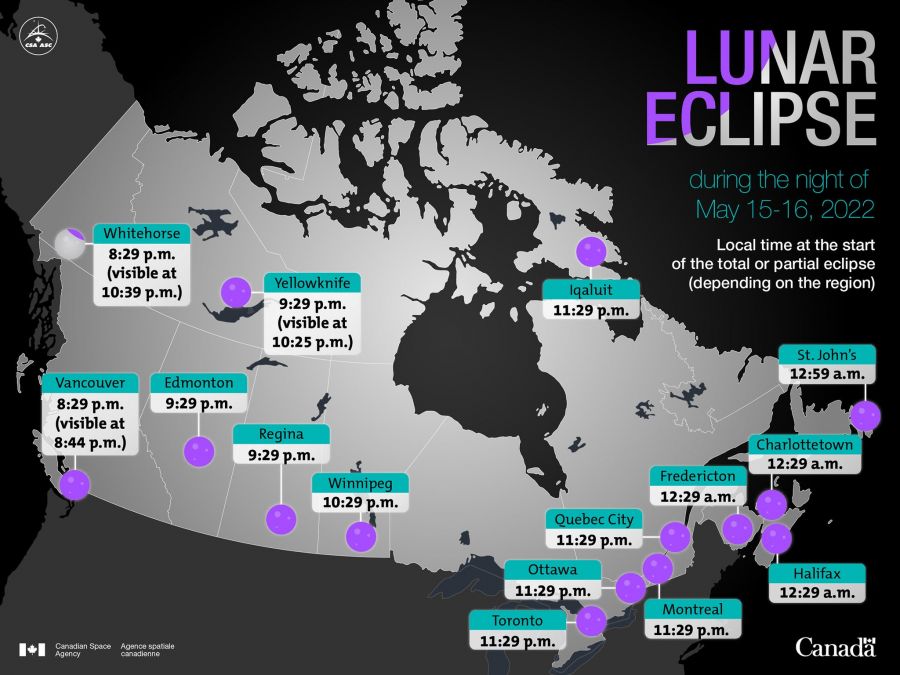 The Canadian Space Agency explains that, unlike solar eclipses, lunar eclipses can be seen by nearly an entire hemisphere.

That means that a much larger number of people can see them for a longer period of time.

A lunar eclipse is when the moon creeps into the earth’s shadow— a spectacle that lasts for about three and half hours, according to Gary Boyle, the Backyard Astronomer.

“Early civilizations called it the ‘Blood Moon,’ as our natural satellite would sometimes take on a reddish hue,” he explains.

The Blood Moon was often seen as superstitious, and the ancient Inca people would shake their spears and shout to scare off the jaguar they thought was eating the moon.

“This variation from one eclipse to another depends on how transparent or lack of our atmosphere is,” adds Boyle.

“The coloured lunar surface is the result of sunlight refracting or passing through our atmosphere, much like seeing a red sunset.”

Let’s hope for clear skies and a good view of this stunning lunar event!