Juanita Parnell’s recent lottery win was a life-changing one, but it almost didn’t happen.

“I was in a rush [to buy my ticket],” she explained. “I had actually forgotten and was hurrying to buy [before sales closed for the draw], and was worried I would miss the numbers.”

Fortunately, the Prince Rupert resident bought her ticket in time and she hit all six numbers to split the jackpot with someone from Ontario, taking home $5,790,419.90 for herself.

It was a long time coming for Parnell, who used the same set of numbers that she has been playing for 20 years.

“I remember taking them once from a Quick Pick [20 years ago],” said Parnell. “There’s no rhyme or reason why I’ve stuck with them. I think I’ve missed playing them only three times.” 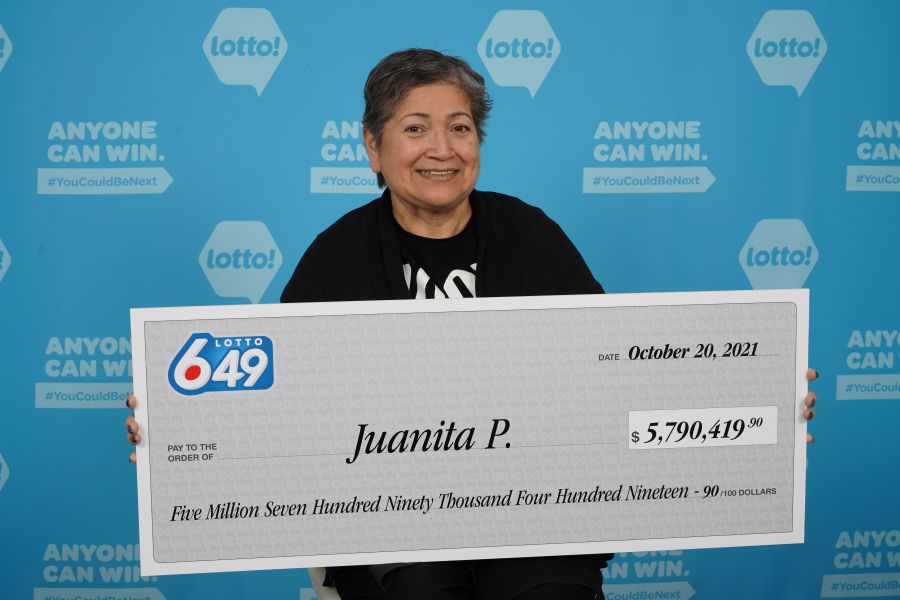 And she was seemingly one of the last to know of her big win, as her daughter called her earlier in the day to inform her that someone in Prince Rupert had won the jackpot.

Once Parnell realized she had matched all six numbers for the Oct. 6 draw, she had one of the most restless sleeps of her life.

“I’m pretty sure it was 3:30 in the morning and I was still awake,” she admitted.

To no one’s surprise, Parnell will need some time to think about what to do with her winnings, but she would like to take her grandchildren on vacation.

“I’d like to take them to Disney World in Florida, preferably during the non-storm season,” explained Parnell, laughing. “We’ve never been able to go on a vacation together all at once.”

With her big win, BC lottery players have now redeemed more than $70 million in winnings from Lotto 6/49 this year.