A woman with a degenerative and chronic illness has been told she qualifies for a medically assisted death, causing the British Columbia Civil Liberties Association to adjourn a lawsuit in her case.

Julia Lamb has spinal muscular atrophy, a degenerative disease, and has been fighting for the right to medical assistance in dying. 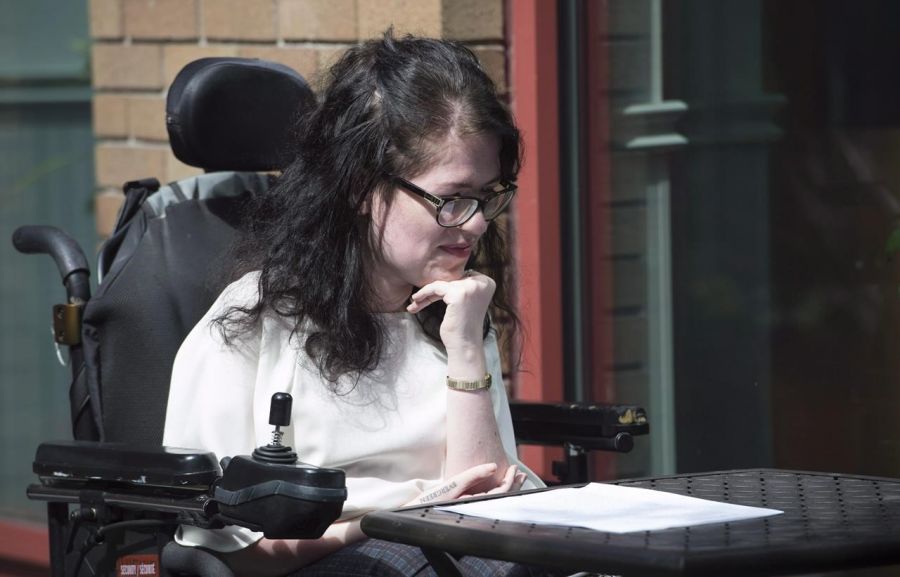 The Supreme Court of Canada declined to hear an appeal in December in a bid to accelerate the 28−year−old woman’s lawsuit.

The civil liberties association launched the lawsuit in 2016, arguing the federal government’s law on medically assisted death is too restrictive because it is only available to people whose natural death has become "reasonably forseeable."

But the association says the government of Canada’s expert witness has admitted that Lamb would now qualify for an assisted death if she requests the procedure.

Grace Pastine, the association’s litigation director, says the decision is a "huge victory for our client and for the many Canadians like her who might find themselves suffering unbearably with no end in sight."

"The government’s expert evidence provides new clarity to health−care providers. It confirms that Canadians who are seriously ill and face enduring and intolerable suffering have the right to die with dignity, even if they are not at or near the end of life and their deaths are not considered ’forseeable.’"

Earlier this month, Justice Christine Baudouin of the Quebec Superior Court ruled invalid the Criminal Code requirement that a natural death be "reasonably foreseeable" before someone can be eligible for assisted death. She also invalidated a section of the Quebec law that says people must "be at the end of life" to receive the procedure.

The civil liberties association says if the federal government doesn’t appeal that ruling, reasonable foreseeability will no longer be a barrier to eligibility in Quebec after March 11, 2020.