Border agents discover 50 kg of cocaine, 1 kg of heroin in truck entering BC

It happened on June 3 when a truck driver seeking entry into Canada arrived at the Aldergrove border crossing.

After initial questioning, the vehicle was referred for secondary examination, the CBSA said.

During that process, officers saw that some of the pallets had been tampered with and further inspection led to the discovery of 50 brick-shaped objects of illegal narcotics. 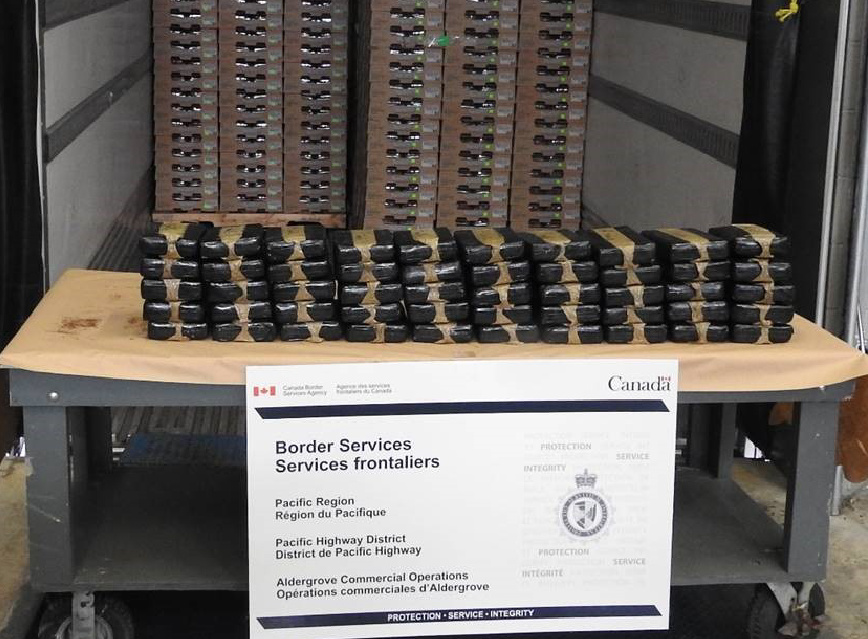 “We are proud of the continued outstanding work by our officers which contributes directly to protecting Canadian communities,” said Bryce Bengco, chief of the Aldergrove Port of Entry.

“This interception is another great example of how our officers, with support from the RCMP, are key to maintaining border integrity.”

The suspect and drugs were transferred to the RCMP Federal Serious and Organized Crime (FSOC) Major Projects team for further criminal investigation.

“Illicit drugs have caused incalculable harm to our communities throughout the overdose crisis that continues to claim lives and impact families for years to come,” said Supt. Richard Bergevin, officer in charge of the BC RCMP FSOC.

“The RCMP are committed to working closely with the CBSA and their partners to detect, deter and disrupt the trafficking of drugs across our borders.”

The RCMP FSOC investigation is ongoing at this time.