COVID-19 variants of concern higher than reported in BC, experts say

British Columbia is severely under-reporting the number of COVID-19 cases that are variants of concern, limiting the public’s awareness of the threat, experts say.

Sarah Otto, a University of British Columbia professor who has done COVID-19 modelling, said the province’s reliance on time-consuming whole-genome sequencing to confirm variant cases is not necessary.

She said the PCR test used to identify all COVID-19 cases in the province already detects a mutation that the three major variants of concern have in common. BC could also adopt a newer method to distinguish between the variants as part of the test, she added.

Instead, the province only reports cases once they’ve been confirmed through whole-genome sequencing. Otto said she doesn’t believe BC has the capacity to sequence all presumptive variant cases identified by the PCR test, and is under-reporting them as a result. 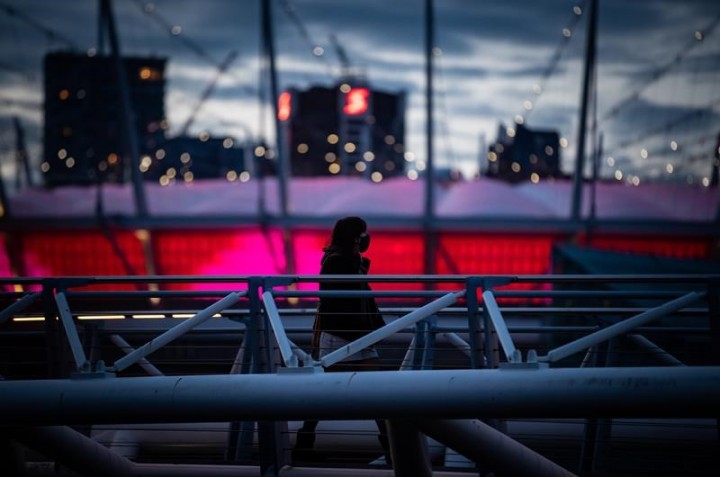 Sharing timely, complete information about these more-transmissible variants would help enlist more BC residents in the “concerted effort” needed to curb the spread, Otto said.

“If a patient comes into the hospital and knows it’s a variant, then you already know the person is at basically double the risk, and so doctors should be treating the cases more cautiously,” she said.

“As well, if you just got it and you realize you’re carrying a variant, people may just be that much more cautious in the way that we want.”

However, in the same briefing, she also said the B.1.1.7 variant makes up a third of BC’s cases and she expects it to reach 60%, catching up with Ontario, in about a month.

Jens von Bergmann, a mathematician who does data analysis, said the 3% figure is a “meaningless” number. The province is not sequencing all variant cases, and for those it does sequence, they are likely no longer active by the time the work is done, he said.

He said B.1.1.7 making up a third of BC’s infections sounds more accurate, although he suspected that data was a week or two old. Both he and Otto believe variant cases represent about 50% of current infections in the province.

A preprint paper done by BC Centre for Disease Control scientists shows that publicly reported figures of variants of concern are lower than those captured by the PCR test.

The paper, recently posted on a public server ahead of formal peer review, says that 23 presumptive variant cases were identified by the PCR test the week of Jan. 31, representing just over 1% of infections.

The authors of the paper concluded that there was a “high concordance” between PCR testing and whole-genome sequencing, and that a combined testing approach was feasible.

The BC Centre for Disease Control did not immediately respond to requests for comment.

In contrast with the figures in the paper, Henry and Health Minister Adrian Dix reported that the province had only seen 14 variant cases by the end of January, with that number growing to 158 by the end of February.

On March 25, Henry said the percentage of variant cases was in the “high teens” to “early 20s.”

Otto and von Bergmann both said that given the exponential growth of variants of concern, it’s likely that they now account for about half of active cases.

Henry said Tuesday the province screens about 90% of positive tests for the mutation associated with the three major variants of concern. All of the samples that contain the mutation undergo whole-genome sequencing, she said.

Otto said she believed that Henry’s remarks were based on outdated information.

“I know that they intended to sequence everything that had come up as a variant. That was possible when it was just a few cases or a few hundred cases. But we’re getting into the region where it’s a few thousand cases a week,” she said.

Ontario reports daily on the variant cases identified by PCR testing. It is able to detect cases involving B.1.1.7 based on the test alone, but must do whole-genome sequencing to distinguish between P. 1 and B. 1.351.

Henry said reporting variants of concern based on the PCR test would provide an “inflated” figure because other variants also contain the mutation that the three major ones share.

But von Bergmann noted that the BC Centre for Disease Control paper showed that one out of 23 presumptive variants of concern identified by the PCR test was found to be a non-variant of concern following whole-genome sequencing.

At the same time, he pointed out, another one of those 23 could not undergo sequencing because there wasn’t enough genetic material.

“It cuts both ways and we are giving an extremely deflated count right now.”