(Update: May 25, 2022 @ 10:45 am): A man who brought inert military supplies to the Victoria International Airport has been released with a court date, police confirmed today.

Yesterday afternoon, Sidney / North Saanich RCMP were contacted by employees at the airport after a checked bag with suspicious looking items was located at the departures check in.

When the bag was examined through the typical scanning process, a Canadian Air Transport Security Authority (CATSA) employee became concerned, as two items appeared to be incendiary devices.

Police immediately took the man who claimed responsibility for the bag into custody, and the airport was cordoned off at a distance.

As the investigation progressed, a second bag also belonging to the same man was discovered, but it could not safely be scanned or examined. It was decided that the departures wing would be temporarily closed until the explosives disposal unit arrived.

They removed and examined the bags and quickly determined the items to be inert military surplus explosives.

“The RCMP is reminding travellers to confirm the items you are travelling with are permitted on aircraft or that you have prior permission to travel with certain items,” said Cpl Andres Sanchez, Media Liaison Officer with the Sidney North Saanich RCMP.

The RCMP says they are continuing to investigate the incident.


(UPDATE: May 24 @ 9 pm) - Victoria International Airport (YYJ) has reopened to commercial flights after a multi-hour closure due to a police incident.

The airport confirmed that the police response came after an incendiary item and inert surplus military supplies were found in a checked bag.

“As always, the security and safety of our staff and visitors is our priority," said Geoff Dickson, Victoria Airport Authority (VAA) president and CEO. "The RCMP determined that there was potential risk to airport staff and passengers and directed that parts of the air terminal building close.”

Around 20 scheduled flights ended up being cancelled between 2:30-8:30 pm.

With the airport back to regular operations, scheduled arrivals will resume this evening and travellers are advised to confirm the status of their flight with their airline or through the YYJ website.

The RCMP has yet to provide more information on the incident.

(Original story: May 24 @ 4:20 pm) - Victoria International Airport (YYJ) is asking travellers to not come to the airport this afternoon due to an undisclosed police incident.

The airport is closed to commercial flights, with several arrivals and departures being cancelled or delayed. 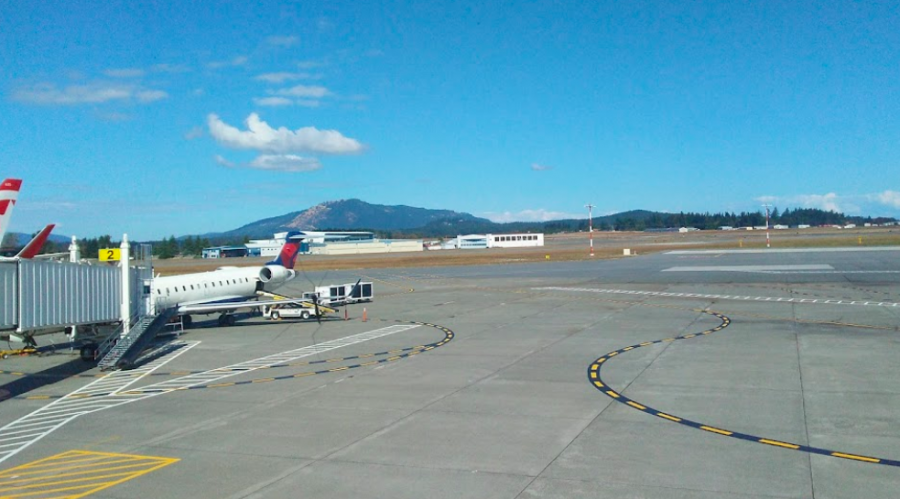 The Sidney/North Saanich RCMP said this afternoon that they are responding to a “threat,” but that there are no public safety concerns.

The RCMP reiterated that the public is to stay away from the airport for the next several hours.

"Victoria Airport Authority is continuing to cooperate fully with the RCMP as they respond to this call for service. The airlines are working with their operations teams to determine the status of flights," said the airport.

⚠️1/2The RCMP is responding to call for service at YYJ. The airport is closing to commercial flights. We are asking travellers not to come to the airport at this time and to please check your flight status with your carrier or our website. #yyj #yyjops

Travellers should check the status of their flight online.