Coquihalla reopening to all forms of traffic on Wednesday

In a shocking turn of events, the Coquihalla Highway (Hwy 5) will reopen to all traffic starting on Wednesday.

Transportation Minister Rob Fleming made the announcement today and it comes after weeks of monitoring the repaired highway since it reopened to essential traffic on Dec. 20.

“We have had, of course, some weather-related issues with a strong winter of heavy snow events, however, the areas where temporary repairs are in place are functioning well,” Fleming said.

“We are now in a position to safely open the Coquihalla to regular vehicle traffic and that will happen beginning (Wednesday).” 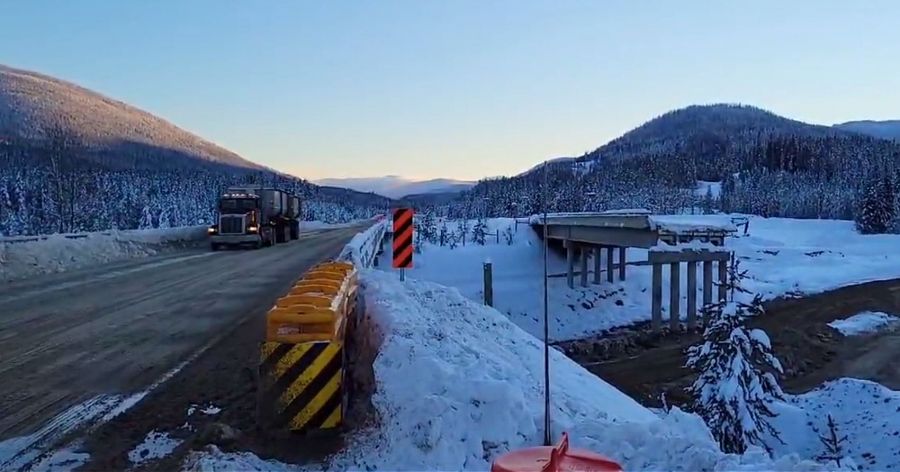 Fleming said the reopening of the much-more-convenient route connecting the Lower Mainland and Interior represents another significant milestone in the province’s recovery from November’s devastating storms.

However, the minister also warned drivers that it is not the same Hwy 5 as we’ve known before the recent storms.

“Some stretches of the Coquihalla are two-lane traffic only with one lane in each direction and multiple speed reductions are in place,” he explained.

“For everyone’s safety, it is imperative that all motorists obey the posted speed limits and do not pass in these sections.”

According to Fleming, the drive between Hope and Merritt will take around 45 minutes longer than usual, so people are urged to be patient and budget that extra time into their travel plans.

He also mentioned that electric vehicle charging stations remain out of service due to storm damage and some rest areas are closed.

Safety also remains a top priority, and there will be increased enforcement from the RCMP and CVSE on this route to ensure motorists are being safe and driving to the conditions.

Hwy 5 has been closed to regular vehicle traffic since Nov. 14, 2021, due to catastrophic damage from the first of three significant storms that hit BC.

It reopened to commercial vehicles and inter-city buses on Dec. 20, well ahead of schedule.

More than 300 workers using 200 pieces of equipment have been working nearly around the clock to fix over 20 significantly damaged sites along the route between Hope and Merritt.

Meetings between the Province and various firms to plan a permanent rebuild of Hwy 5, as well as Hwy 1 and Hwy 8, have been ongoing and work is anticipated to begin in the spring.

Fleming also announced today that the weight restrictions for Hwy 99 between Pemberton and Lillooet will also be lifted on Wednesday, although it's recommended that only experienced winter drivers travel the route.

The final closed stretch of Hwy 1 through the Fraser Canyon, around Jackass Mountain, is expected to reopen before the end of January.