The actions of the former clerk of British Columbia's legislature require "unequivocal denunciation" from the court, the Crown attorney said during a sentencing hearing for Craig James on Monday.

Brock Martland said the conduct of James, 71, was a "departure" by the most senior officer of the legislature, who was found guilty in May of fraud and breach of trust over expenses he claimed.

Martland said there are situations where conditional sentences are granted, and while they often "involve high dollar amounts," they usually come with a guilty plea.

He said the Crown would like to see James jailed for a year or to serve a term of house arrest, saying the sentence would act as a deterrent for future public officials. 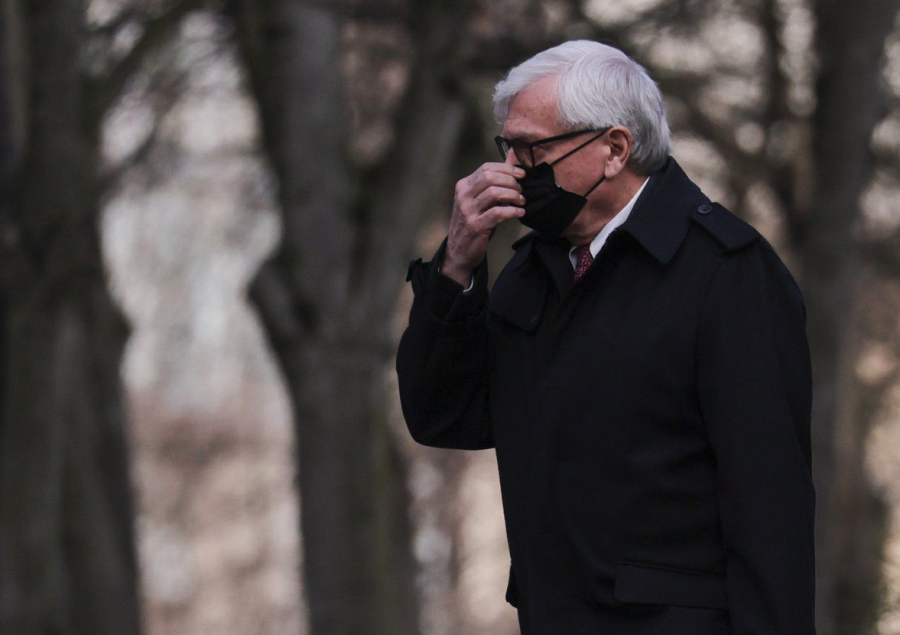 In May, BC Supreme Court Justice Heather Holmes found James guilty of fraud and breach of trust related to inappropriate personal expenses over the purchase of a new suit and shirts as work attire.

Because the charges were related to the same evidence, the judge entered a stay on the fraud count, and he was convicted of breach of trust.

James was found not guilty on three other counts of breach of trust, including one related to a $258,000 retirement benefit.

Holmes ruled James breached the standard of conduct expected of him in his public position in a "serious and marked way."

She said "his purpose was a dishonest one, to benefit himself at the public's expense."

Holmes has reserved her decision on his sentence until Friday.

Defence lawyer Gavin Cameron told the sentencing hearing that James is remorseful and has suffered enough as he asked for a conditional sentence, meaning his client wouldn't spend time in jail.

Incarceration would be a "disproportionate response," Cameron said.

Instead, he said 12 months of probation and 150 hours of community service would be appropriate.

Cameron said James has faced stigma due to media coverage and "was tried and convicted in the court of public opinion" long before the court determined a verdict.

"His reputation was destroyed in an instant and it will never be recovered," he said.

The media coverage should be taken into consideration for sentencing because it will serve as more of a deterrent for others than a jail sentence would for James, he said.

"Denunciation and specific and general deterrents have been achieved in spades," Cameron said. "No person would ever again take the chance to seek reimbursement for a suit and shirt seeing what's happening here."

He said other mitigating circumstances include James' age, being a first-time offender and loss of his job and reputation. Cameron also cited support letters from colleagues, including former BC premier Gordon Campbell, who said James was helpful and respected by members on both sides of the house.