**Editor's Note: This story contains graphic details and images that some readers may find disturbing. Discretion is advised.**

The BC SPCA is currently caring for three-and-a-half-year-old Heidi, who the organization says suffered “devastating injuries” after falling from a pickup truck last month.

The German shepherd was tethered in the back of the vehicle travelling on Vancouver Island when she fell out of the bed and was dragged behind it.

“When I first saw the pictures of Heidi’s injuries, I was shocked. Her paws and lower leg were worn down to the bone,” explained Eileen Drever from the BC SPCA. “The physical and psychological pain that this kind of tragic event would cause is unimaginable.” 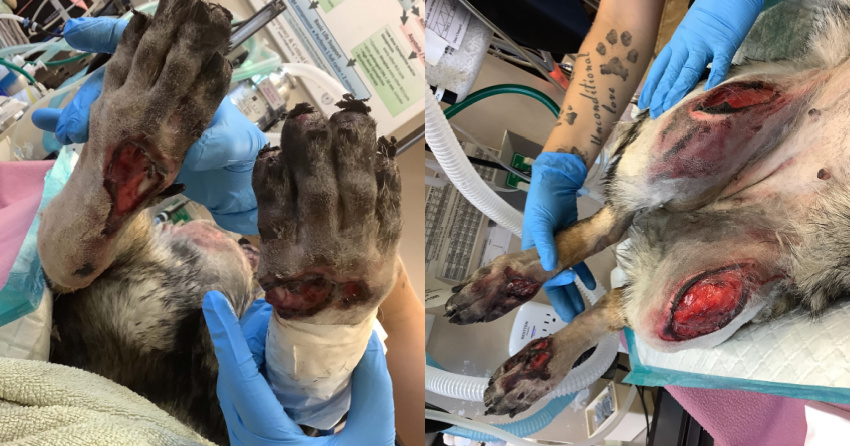 A witness to the tragic event quickly called the RCMP and officers arrived at the scene to find Heidi and her owner at the side of the road.

According to the BC SPCA, the dog was in so much critical distress that she was seized by police and rushed to a veterinary hospital.

She was immediately brought into emergency surgery and remained at the vet for more than three weeks, receiving around-the-clock bandage changes and pain management.

Drever said there was initially doubt as to whether Heidi would survive, but the young dog pulled through. Her treatment is ongoing and will continue to evolve as her injuries begin to heal.

Despite all that she has been through, the veterinary staff describe Heidi as a lovely dog with a friendly disposition.

“They are all wishing Heidi a speedy recovery so she can begin the next chapter in her life and enjoy being a young shepherd,” Drever said. 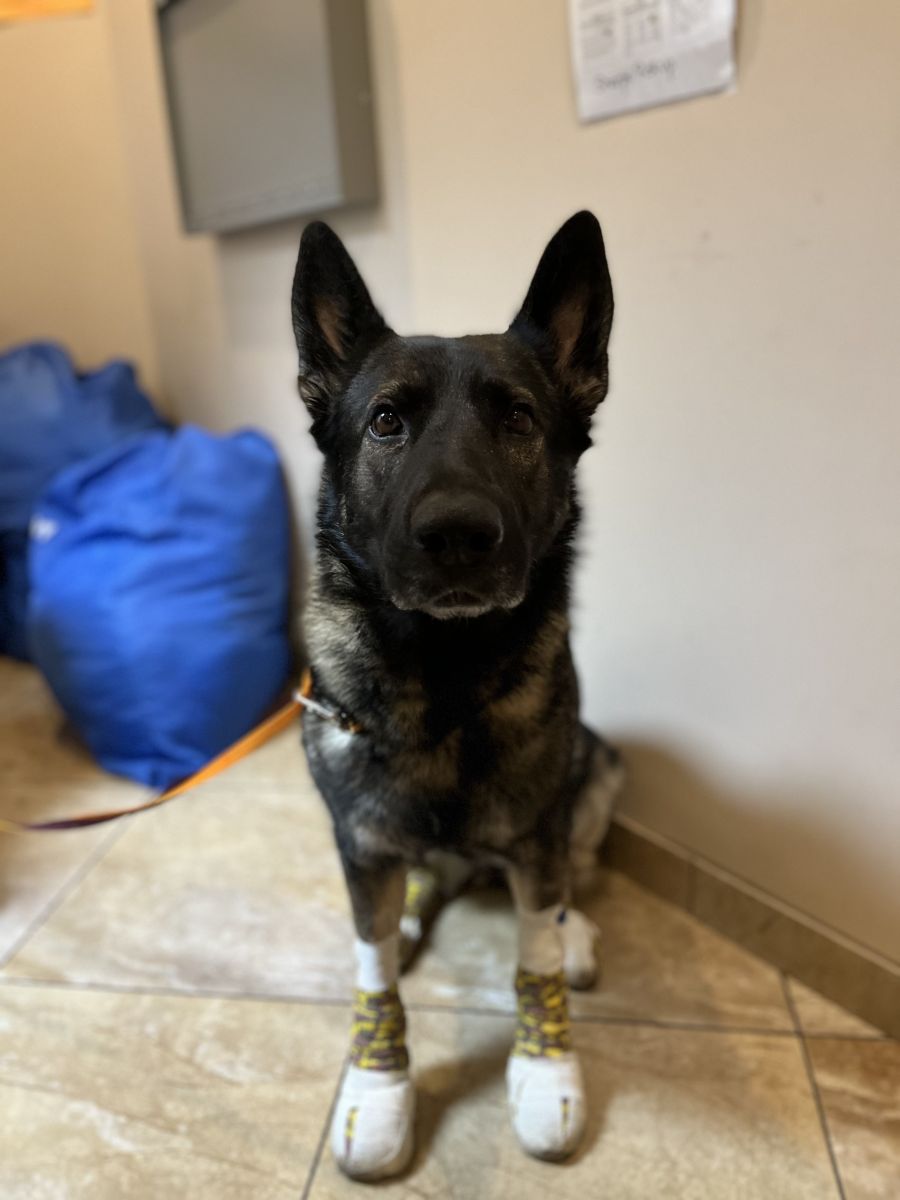 Drever confirmed to NowMedia that there is an RCMP file for this incident and police are recommending charges against the driver.

“Transport of an unsecured pet in the back of a pick-up is illegal, but as Heidi’s case shows even tethered transport poses serious risks,” she noted.

“The best and safest way to transport dogs is always inside the vehicle, preferably with a harness made specifically for travelling in a vehicle.”

At this time, the BC SPCA is covering all of the costs associated with her recovery, but public donations are always welcomed to assist with the significant costs behind treatment and care.

The resilience of Heidi, and animals like her, has inspired a generous donations match of up to $150,000 from Eileen & Anna (in honour of Rogue, Jaide and Leo), the Eldon & Anne Foote Fund at the Edmonton Community Foundation and an anonymous donor.

Heidi is currently at the BC SPCA’s Nanaimo location and is expected to be available for adoption in mid-December.