But while Carolyn Bennett and her BC counterpart Scott Fraser say they’ll be in the town of Smithers to talk about reducing tensions over the construction of a pipeline in Wet’suwet’en traditional territory, the chiefs are supposed to be in Ontario.

The Wet’suwet’en hereditary chiefs say they are visiting Mohawk territory, where community members have blocked a key east-west rail link between Toronto and Montreal in support of the chiefs’ cause. 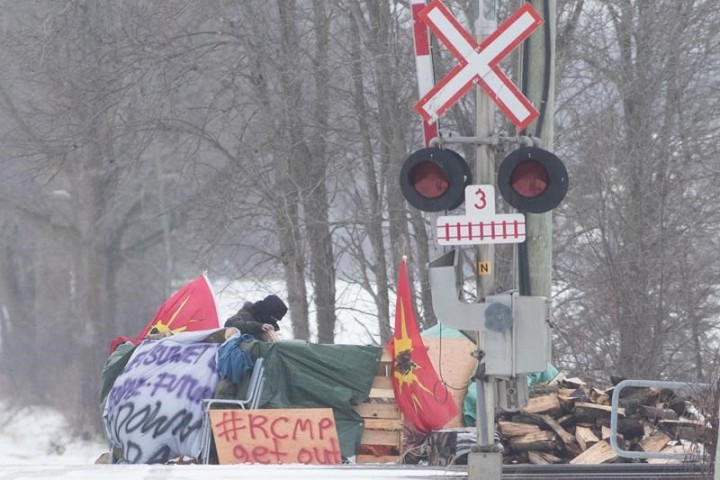 The hereditary chiefs oppose the Coastal GasLink project that would bring natural gas to a liquefaction facility and export terminal on the BC coast.

Nationwide protests and blockades followed a move by RCMP to enforce a court injunction earlier this month against the hereditary chiefs and their supporters, who had been obstructing an access road to the company’s work site.

Prime Minister Justin Trudeau is under increasing pressure to end the blockades, with Conservatives calling for the government to use force, while the Liberal government insists negotiations are the only way to a lasting solution.