A final coroner’s report has been released outlining 16-year-old Elliot Eurchuk’s struggle with drug use before he suffered a fatal overdose in 2018.

On the morning of April 20, 2018, Eurchuk was found unresponsive in his bedroom by his mother. Illicit drug paraphernalia, and used capsules of naloxone administered by his mother, were found in his room. 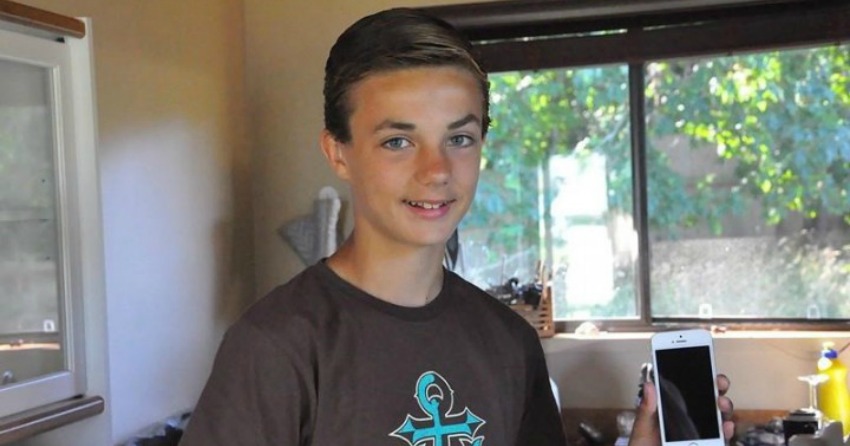 His death was ruled an accidental overdose as a result of a toxic mix of fentanyl, cocaine, heroin and methamphetamine. A public inquest was scheduled to try and prevent similar events.

The report, issued this week, gives insight into the teen’s spiral into drug use after suffering several injuries.

The boy had sustained two concussions at a rugby camp in grade 8 and 9. He also injured his shoulder in May 2016, and an MRI in August determined that he would require surgery to repair it.

Eurchuk took Dilaudid, an opioid also known as hydromorphone, that he obtained from another student in the fall of 2016.

The reports notes that after that point, his opioid use escalated.

In November 2016, his mother found a bag of various drugs in his room and reported it to the school. Some of the drugs appeared to have been taken from his mother’s dental office.

That December, Eurchuk broke his jaw during a soccer game and had surgery to fix it, delaying the surgery on his shoulder.

In February 2017, he had his first shoulder surgery and was prescribed a five-day course of hydromorphone for pain. He then re-injured his shoulder in the spring and was given Tramacet, another opioid drug, by his doctor.

In September, Eurchuk was suspended from Oak Bay High School for allegedly providing drugs to other students, and was placed at Mount Douglas Secondary School in Saanich.

Elliot had a second shoulder surgery in October 2017 and was prescribed a five day course of the opioid oxycodone.

This was prescribed instead of hydromorphone because the surgeon had been notified of Elliot’s drug use. At a two week follow up appointment, Elliot was prescribed Tramacet for pain.

A friend of Eurchuk said that he was dependent on opioids in grade 11 and was using them every couple of days. He also reportedly bought heroin off the dark web.

Eurchuk and his parents were referred to counselling services after he was forced to leave Oak Bay HIgh School, but he didn’t want to attend and denied any drug use.

However, his physician screened him for drugs in November 2017 and he tested positive for opioids. His parent’s were made aware of his results.

Eurchuk was admitted to hospital with a serious infection in February 2018. The coroner’s report says that while on a pass, Eurchuk obtained a mixture of cocaine and fentanyl and had a heart attack. He was revived with naloxone.

He is reported to have said that he wished he had died and that if he was put in a locked facility he would become the worst drug addict imaginable or he would kill himself.

“Elliot was assessed by a psychiatrist who described Elliot as quiet and reserved as well as not being forthright about his drug use,” read the report. “The psychiatrist was concerned about family conflict in the home, Elliot’s drug use, his willingness to engage in services and Elliot managing his drug use.”

The report continued, saying that Eurchuk did not wish to be in the hospital, and he was not deemed suicidal. He was discharged with a harm reduction plan for drug use, supports for the family and information on services.

Later the same month, he was readmitted under the Mental Health Act, but was released after one week. A psychiatrist testified that there were no grounds to detain him.

“He was pleasant, cooperative and not expressing suicidal ideation. At that time, Elliot was concerned about catching up on his subjects at school. The psychiatrist testified that Elliot was aware of the risk of opioid drug use but also stated that Elliot’s insight and judgement around drug use were compromised,” the report said.

In March of that year, he was taken to emergency in Vancouver because of a “decreased state of consciousness.” He remained there for several hours, but was eventually released without drug testing.

According to the coroner’s report, Eurchuk obtained his drug supply through a website where drugs are rated by visitors.

The day before he died, he purchased drugs downtown that were more powerful than what he was used to, according to a friend.

He consumed the opioids with his friend and left while highly intoxicated sometime in the evening. He took a two-day supply of the drug with him. The report notes that Eurchuk and his friend discussed death that night “in terms of the risk of taking opioids.”

He texted his friend later that night saying that he was excited to go to the gym the following day.

People who saw Eurchuk that night between 10 pm and 12 am described him in a variety of ways, from “fine” to “seemingly agitated and disoriented.”

He was last seen alive after leaving his friends at Cattle Point at about 12 am.

Specifically, the jury said that the health ministry should provide youth with more long-term residential substance use treatment facilities throughout BC.