Brock Martland told a B.C. Supreme Court Tuesday that James made dozens of personal purchases and claimed them as professional expenses during trips to the United States and United Kingdom.

James has pleaded not guilty to two counts of fraud over $5,000 and three counts of breach of trust by a public officer.

The court has heard the Crown’s case rests on allegations relating to a $258,000 retirement allowance, a wood splitter and trailer, and travel expenses over the course of James’s tenure as clerk from 2011 until he was placed on leave in 2018. 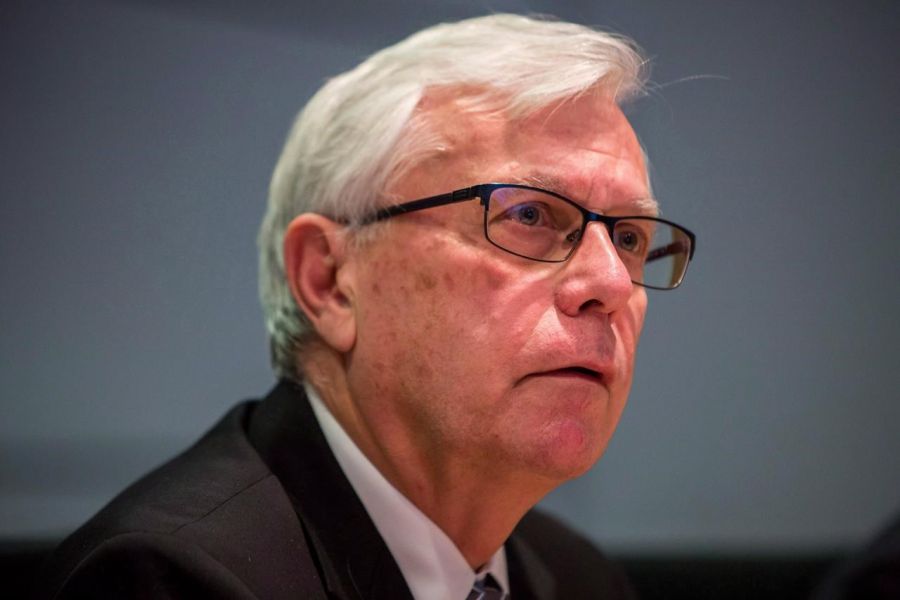 The clerk is the senior officer of the house, responsible for advising the Speaker on parliamentary procedure and performing key administrative functions of the legislature.

Martland’s colleague David Butcher described the clerk’s role on Monday as the "parliamentary equivalent of a CEO," with responsibility for managing the affairs and resources of the legislature.

"Crown alleges that Mr. James’s conduct, at different times and in different ways, was a marked departure from the standard of responsible management expected of a person occupying one of the highest offices in the province," Butcher said.

Martland described to the court receipts, memos, email exchanges and photos of goods relating to travel expenses that were entered as exhibits in the case.

The trips were typically listed as opportunities for meetings with parliamentary counterparts in other jurisdictions, conferences and special events, and James often travelled with the sergeant−at−arms and Speaker.

Among James’s expense claims during the visit were a Magna Carta pack of stamps for $76.50, a map of Parliament, a House of Commons black notebook, several books about Parliament, rainbow erasers and marble pens.

Martland noted purchases of port and a royal cookbook calendar were struck from the receipts, signifying they were not sought for reimbursement and are not subject to the indictment.

During another visit to the U.K. in 2013, James claimed the equivalent of more than $2,000 in purchases from Ede & Ravenscroft, a supplier of ceremonial robes.

The bill covered two pairs of shoes, four sets of cufflinks and one tricorn hat, but Martland said only one pair of shoes and one set of cufflinks are the subject of the indictment. The hat and a pair of shoes were for then−Speaker Linda Reid, who was also on the trip, the court heard.

During the same trip, he purchased the equivalent of about $100 of malt whisky, two whisky glass sets, two golf towels and a baseball cap from the House of Lords gift shop.

James also bought luggage on multiple occasions. In an email to financial services at the legislature, James justified the expense in July 2018:

"In connection with my purchase of luggage, please be advised that the recent purchases are intended to provide staff in particular members with luggage when travelling overnight on official legislative assembly business. I have received requests for service of this kind to be made available. We have several pieces now which I think is enough and I don’t foresee any additional purchases at this time," James wrote in the email, entered as an exhibit.

Another email from a financial services staffer notes the luggage was stored in the clerk’s vault.

The case is unfolding in court more than three years after James was escorted from the legislature and suspended in 2018 after an RCMP investigation into allegations of misspending.

Bryan Adams’ cross-country tour will stop in Kelowna this fall