UPDATE: Homeless veteran in BC says goodbye to support dog, despite 24/7 treatment

Sadly, Rocky had to be put down, the animal hospital said today.

"Despite the support and hopes of the community and our entire team at the RAPS Animal Hospital, the severe neurological deficits resulting from the accident progressed to systemic disease and full paralysis of his body that prevented him from using his legs or lifting his head," they explained. "Rocky stopped eating and went into deep depression."

Despite desperate efforts and 24/7 treatment and nursing, with extensive diagnostics, IV feeding tubes and lots of direct and ongoing love from the staff, Rocky deteriorated to the point that Greg opted for humane euthanasia, the hospital added.

“At times when our beloved pets do not have quality of life anymore and they are beyond our capabilities to treat the ailments, it is the most difficult responsibility for the owners to make the hardest decision for them by opting for euthanasia, especially when the pet is a support animal and a hero,” says Dr. Roey Kestelman.

If any residual funds donated to support Rocky remain after final assessments are completed, they will be allocated to RAPS Emergency Cases Fund to save and improve the lives of pets in urgent need.

A BC animal hospital has started a fundraising campaign in an effort to help a homeless veteran’s support dog.

Gregory, a veteran with post-traumatic stress disorder, and his support companion dog Rocky, were in a car accident on the way to the food bank in Richmond last week. 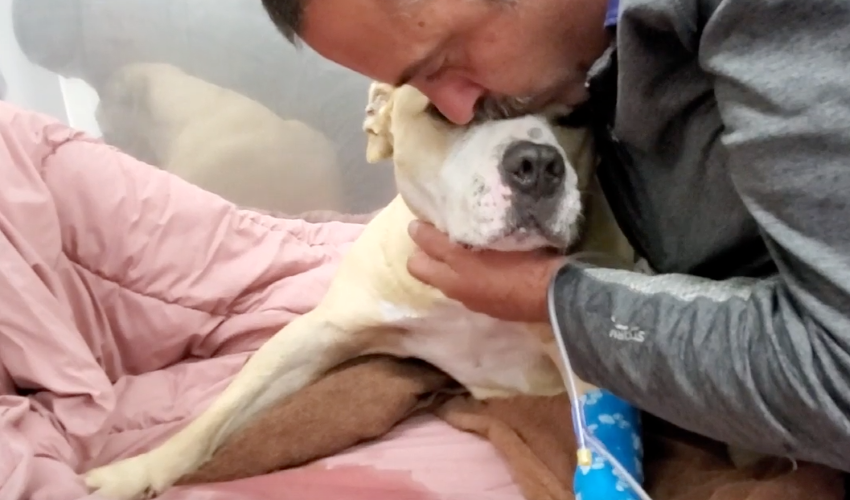 According to The Regional Animal Protection Society (RAPS), Greg was not seriously injured in the accident, but Rocky was not so lucky.

The dog was thrown around the vehicle as it sheared off a telephone pole. The vehicle rolled multiple times before landing in an embankment.

The eight-year-old red-nosed pitbull in unable to use his hind legs. He is currently being monitored to determine if the cause is torn ligaments or, worse, a spinal injury. 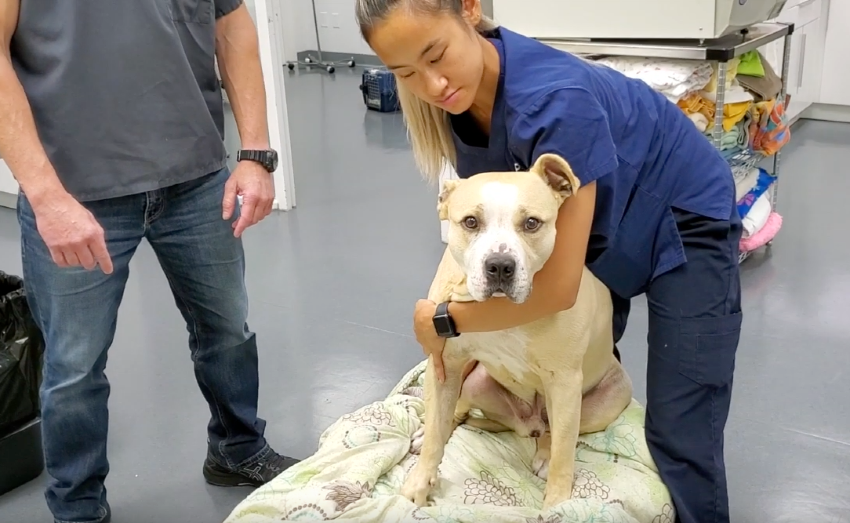 “When he was rolling in the car, the lungs were moving within his rib cage,” he explained. “He broke a couple of ribs. We will follow up with chest X-rays, probably on a daily basis, just to see that he’s not developing hemothorax.”

Hemothorax is an accumulation of blood in the pleural cavity, the area between the lungs and the chest wall.

Seeing as Greg is unable to cover the costs of Rocky’s treatment, estimated at over $20,000, the hospital is asking the community to help out.

“I served for many years with Canadian Coast Guard up north and all over the West Coast of Canada,” says Greg. “It was meaningful work. Unfortunately, there were some very difficult circumstances I witnessed that I ended up getting post-traumatic stress disorder. 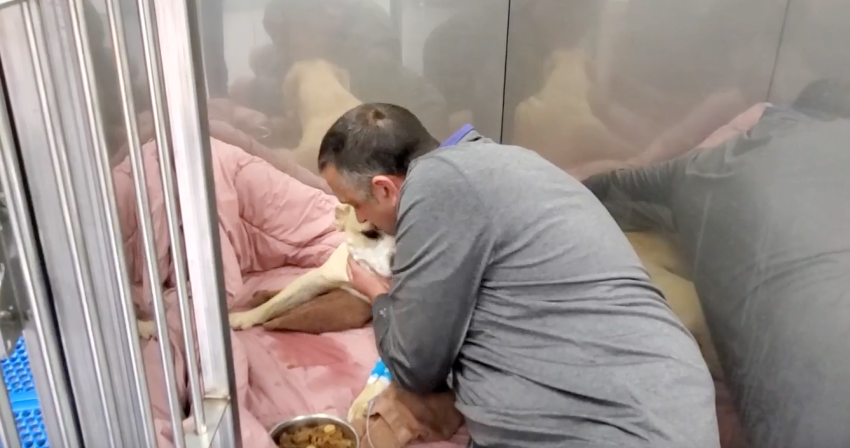 “At that point, I was by myself and, fortunately, I had found Rocky. He was two years old and the most beautiful dog I’ve ever met. We bonded immediately. Now we’ve been together six-and-a-half years and he is my support dog.”

Just about the time Greg adopted Rocky, the pair were renovicted from their home and they’ve been homeless ever since.

“I live in a motorhome so we could be together still,” says Greg. “I had absolutely no money and knew that the only place that could help me immediately was the RAPS Animal Hospital.”

To donate to RAPS and help Rocky get the treatment he needs, click here.