Prime Minister Justin Trudeau was in Kamloops for a town hall on Wednesday and it was nothing short of chaotic.

Trudeau was interrupted several times, including while he answered a question about accountability for the oil and gas industry.

"You’re getting people arrested," said one man, who identified himself as Will George. "You’re a liar and a weak leader. What do you tell your children?"

George, who had stood up and began to yell, was told several times by Trudeau to sit down and allow him to finish the question. 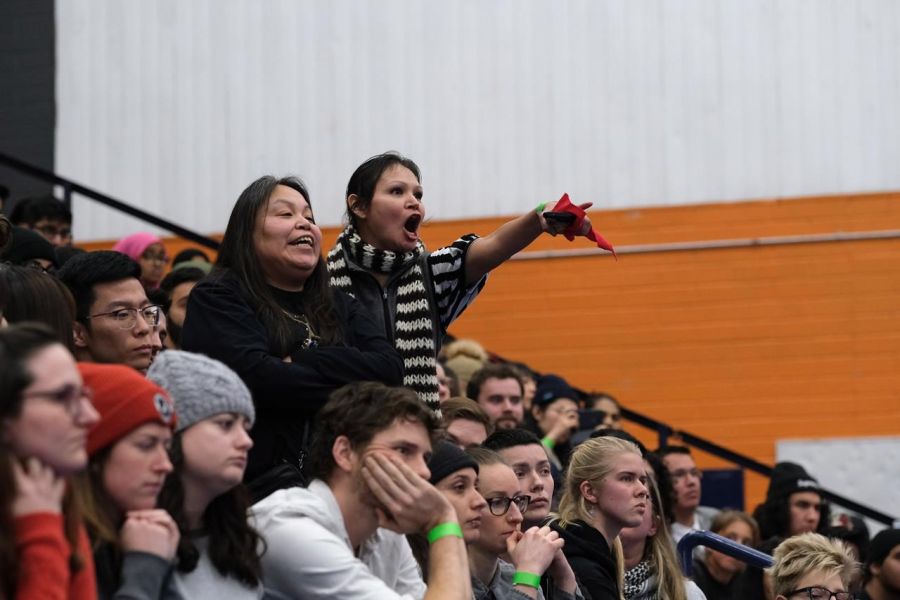 After several minutes, he apologized and sat down to applause from the crowd.

One First Nations woman, who was called on to ask a question by Trudeau, asked the prime minister what he’d do to stop oppressing her people.

"When are you going to give us our rights back?" she asked, to cheers and applause.

Trudeau referenced the country’s “long and terrible history” with regards to First Nations and said the government continues to work towards reconciliation.

That includes a meeting between the prime minister and Indigenous leaders to discuss self-governance on Tuesday.

He said it’ll take time to improve the relationship, but significant progress is being made.

When the woman said the prime minister was afraid to “lose everything you benefit from our oppression and our suffering,” Trudeau adamantly denied that.

Another man asked Trudeau if the country had a deed to the Shuswap Nation’s territory that they were trying to build the Trans Mountain pipeline expansion through.

The prime minister’s answer was that having a deed was the old way of doing things and instead wants to focus on a partnership with Indigenous Peoples.

These were just some of the tense moments from Wednesday night’s town hall, just two days after the RCMP arrested 14 people at a pipeline blockade in northwestern B.C.

The arrests sparked protests and marches across the country from people on both sides of the pipeline debate.