(UPDATE: Dec. 11 @ 11:50 am): A plane that one witness describes as crashing in a “huge explosion” that left multiple people dead in British Columbia has been identified as a twin-engine propeller aircraft.

The BC Coroners Service and the RCMP confirm there were multiple fatalities when the small plane went down around 6:30 p.m. on Tuesday on the northwest corner of Gabriola Island, near Nanaimo.

The Transportation Safety Board says it is investigating the crash of a piston twin-engine aircraft.

Dave Holme said he saw the plane hurtle toward the ground and ran to look for survivors.

“I saw the plane spiralling toward the ground. The engines were going … but they didn’t sound normal,” Holme recalled Wednesday. 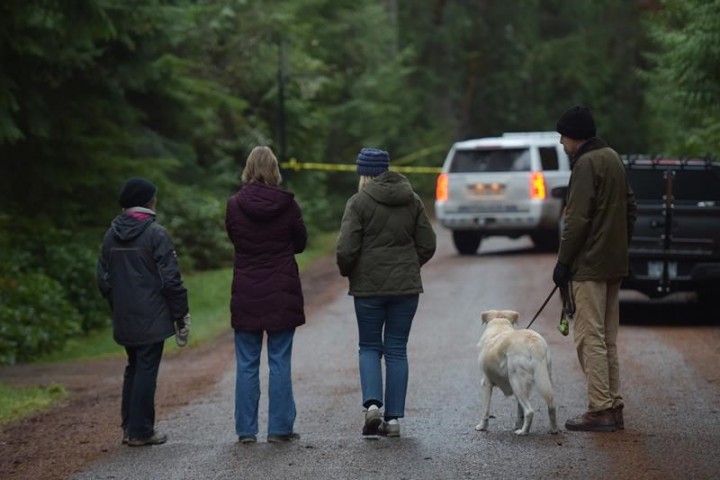 “About five houses down from us, I saw it nose-dive into the ground, and then the explosion was just immense … all the houses completely shook.”

Holme said he ran into the bushes at the crash site and yelled to see if anyone was alive and able to respond.

“I was probably within, I’d have to say, five feet of the fuselage … and just fire — all around me, the ground was literally on fire.

Three investigators from the Transportation Safety Board were expected to arrive at the crash site today.

No other details have been released about the plane or the number of passengers who were on board.

The plane crashed in thick brush and scorch marks were visible on trees in the area of the crash, which is near a beach.

Coroners service spokesman Andy Watson said in a statement that the department was in the preliminary stages of finding out who died and under what circumstances.

RCMP spokesman Cpl. Chris Manseau said the area where the plane went down is primarily a residential neighbourhood but police were not aware of any injuries on the ground.

Gabriola Island, which has a population of about 4,000, is a 20-minute ferry ride east of Nanaimo.

Manseau said he understands that BC Ferries was contacted soon after the crash and a scheduled supper-hour trip to the island was held back to allow more emergency service personnel to board and get to the crash site.

The site was cordoned off in advance of Transport Safety Board investigators arriving.

“I would assume an airplane crash is going to have a pretty significant area for a debris field,” Manseau said.

Bette Lou Hagen, another area resident, said she was reading a novel when she heard “like a loud sonic boom or something.”

“I heard a loud engine, it didn’t sound like a car engine, but it was really shaking my house and then I heard a loud crash. Then, I don’t how much later it was, I heard an explosion,” she said Tuesday night.

She went outside but could not see much because of the trees before calling the police.

The plane crashed about 50 metres from her backyard, she said.

(Original story: Dec. 11 @ 5:08 am): The BC Coroners Service and police have confirmed multiple fatalities in a plane crash off the east coast of Vancouver Island.

“The BC Coroners Service has also been notified of multiple fatalities and is in the preliminary stages of its fact-finding investigation to determine who died, and how, where, when and by what means the deceased came to their sudden, unexpected deaths,” he said in a statement.

RCMP spokesman Cpl. Chris Manseau said the crash will be investigated by multiple agencies including the Transportation Safety Board.

Sophie Wistaff of the Transportation Safety Board said three investigators will be on site Wednesday morning to begin gathering information to determine what happened.

Few details were immediately available about the size or type of the plane or the number of passengers.

RCMP and BC Coroners Service said they would not be releasing any further information on the crash Tuesday night.

Bette Lou Hagen, who lives in the area, said she was reading a novel when she heard “like a loud sonic boom or something.”

She went outside but could not see much because the area has a lot of trees, and then called the police.

The plane crashed about 50 metres from her backyard, she said.

Gabriola Island is about a 15 kilometre ferry ride from Nanaimo, B.C.