Police in the Lower Mainland have recovered approximately $198,000 in cash and jewelry stolen from a single home in West Vancouver’s British Properties neighbourhood.

The investigation began when police arrived at the home that was ransacked while its residents were away on vacation.

Images captured by the home's surveillance cameras led to the arrest of a 56-year-old Port Coquitlam man who has been charged with breaking-and-entering and possession of stolen property.

Police executed a search warrant at the man's home where they found a large number of stolen items, including two replica firearms, watches, collector coins, and thousands of dollars in Canadian, American, and international currency. 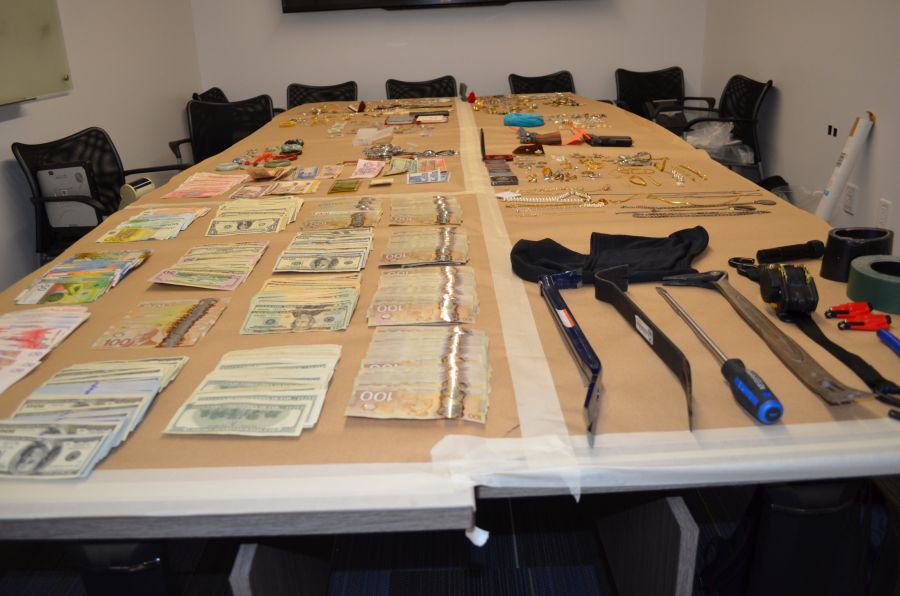 “There has been so much stolen property recovered that we’re still in the process of finding the proper owners,” said Cpl. McLaughlin in a press release.

“We’re also in the process of establishing charges for at least five more B&Es in our jurisdiction.”

Police also found a ledger of addresses that had been targeted by the suspect.