A nightclub in Kamloops is planning to host a theme party tomorrow night that has stirred quite a bit of controversy online. 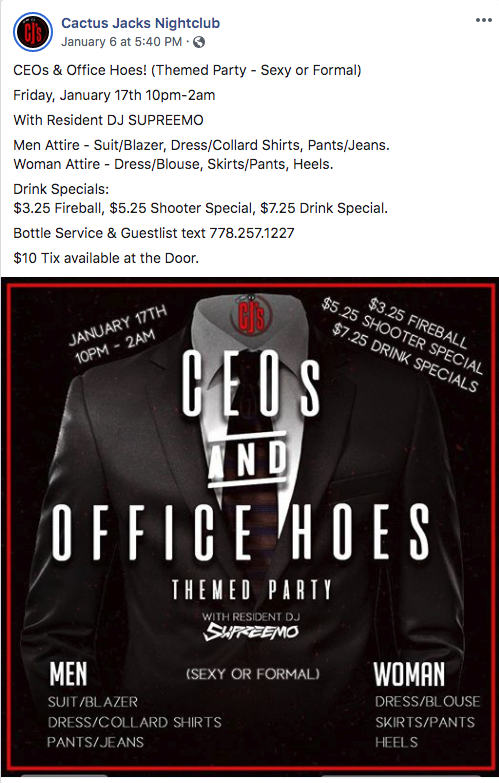 The post lays out information for the event, such as the dress code, or suggested attire for men and women, indicating that it is “sexy or formal.”

Women are told to wear heels with a dress, skirt, or pants. Men can wear a suit, or a collared shirt or dress shirt with pants or jeans.

The event listing generated hundreds of comments, the majority of which criticize the event as being “sexist” and “misogynistic.” 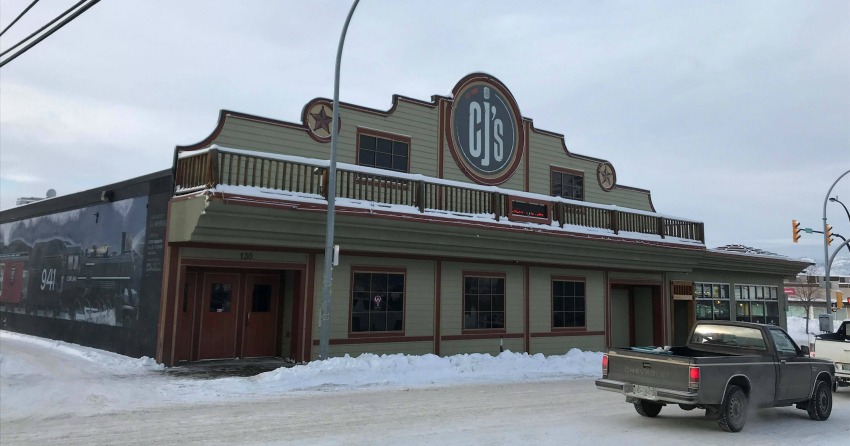 One commenter wrote, “Trashy and tasteless… Everyone will be in 2020 for when you decide to do better.”

Another user said, “Incredibly sexist. In light of all of the misogyny and abuse of power in the Me Too era this is extremely inappropriate.”

While many people are opposed to the theme choice, some others simply had the opinion of “Don’t like it, don’t go.”

NowMedia has reached out to CJ’s for comment, but has yet to receive a response.