Canada Soccer, which has been riding a wave of goodwill since John Herdman's team qualified in style for the World Cup, now finds itself engulfed in controversy over a scheduled friendly match with Iran next month in Vancouver.

At issue is whether Canada should be hosting Iran given the Canadians who died on Ukraine International Airlines Flight 752 when it was shot down on Jan. 8, 2020, minutes after taking off from Tehran, by an Iranian surface-to-air missile. The Canadian government says 55 Canadian citizens and 30 permanent residents were among the 176 people killed.

Hamed Esmaeilion, spokesperson for the Association of Families of Flight PS752 Victims, says his group has been against the match since it was first rumoured. But the issue took centre stage Tuesday when Prime Minister Justin Trudeau was asked about it by a reporter, who said families who had lost loved ones considered the game a "slap in the face."

"This was a choice by Soccer Canada," Trudeau said in St. John's. "I think it wasn't a very good idea to invite the Iranian soccer team here to Canada. But that's something that the organizers are going to have to explain." 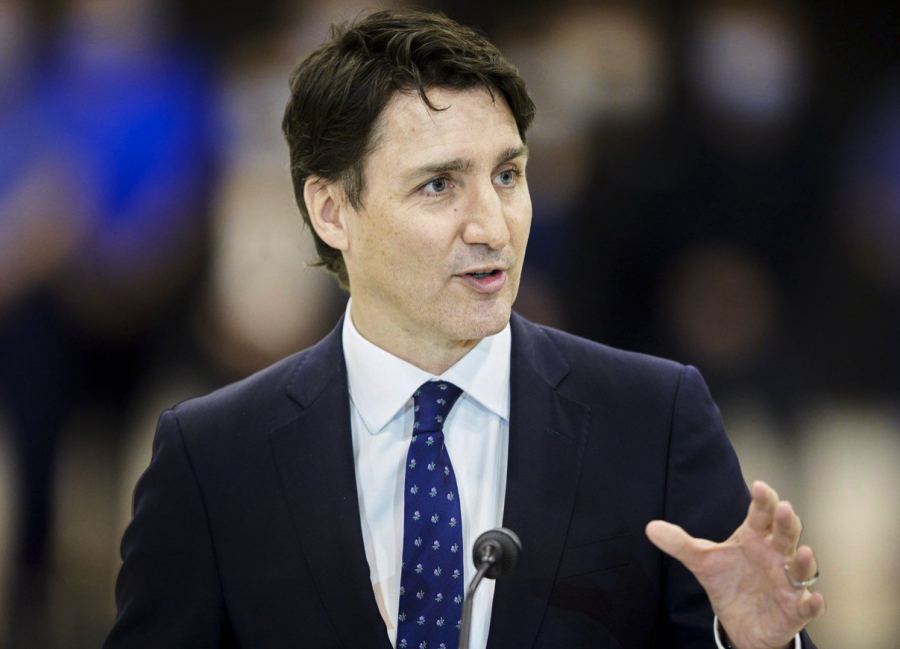 In a statement, the Association of Families of Flight PS752 Victims called for Canada Soccer "to cancel the game immediately."

"They call that a friendly game," Esmaeilion, whose wife Parisa and young daughter Reera were among those who died on Flight 752, said in an interview. "What kind of friendship do we have with the Islamic Republic of Iran?

"We want the (Canadian) government to take them to international court. And instead of that, we get humiliated by them … I feel like I've been stabbed in the back — (as well as) the other family members. After 28 months we don't see any sign of seeking justice here. We don't see sign of taking Iran to any international forum. And instead of that they invite the (Iran) soccer team here."

Canada Soccer issued a brief statement in the wake of Trudeau's comment.

"At Canada Soccer we believe in the power of sport and its ability to bring people from different backgrounds and political beliefs together for a common purpose," it said. "Iran is one of 32 participating member associations at the FIFA World Cup Qatar 2022 and Canada Soccer continues to follow all international protocols in staging this match.

"We are focused on preparations for our men's national team to compete on the world stage."

“But for us guys, for soccer players, we want soccer to grow here in Canada. And games like these are important for our nation, to bring the people closer to soccer,” added the Vancouver Whitecaps striker.

In its statement, the Association of Families of Flight PS752 Victims said it "recognizes the athletes’ rights to play diverse opponents and supports the sport and what the World Cup represents.

"However, it is offensive to the loved ones of Flight PS752 victims given the incredible loss they have endured at the hands of the IRGC, and their ongoing efforts to seek justice for the victims."

"I understand that this announcement causes pain for the families and loved ones of the victims," federal sport minister Pascale St-Onge said in an interview. "While Canada Soccer, an independent organization, is responsible for the team’s preparation for the competition, they should have considered this before moving forward. Sport Canada was not part of this decision."

Esmaeilion, who noted the federal government is in charge of issuing visas, called it "sportswashing."

Canada Soccer and the federal government had not responded to families who had complained about the game, he said

"This is a way to normalize relations with the Islamic Republic of Iran … And this is not the first time it has been used by dictators. Russia has used this in the past and Iran is following," he said from Richmond Hill, Ont.

He also said the Iranian team will be accompanied abroad by intelligence and Islamic Revolutionary Guard Corps (IRGC) officers.

"And now we're welcoming the IRGC officers, IRGC — the same entity that downed PS752. And we're issuing visas for them. This is a danger for national security in this country."

Esmaeilion also noted that Iran does not allow women to attend soccer matches. "This is against Canadian values," he said.

The federal government has said Canada’s priority "is to seek answers and pursue justice by holding Iran accountable and pursuing reparations, while continuing to provide the families and loved ones of the victims with the support they need."

Canada, ranked 38th in the world, and No. 21 Iran are both preparing for the FIFA World Cup in Qatar this November.

The Vancouver matches are the first for Canada on home soil since qualifying for the World Cup in a 4-0 win over Jamaica at Toronto's BMO Field on March 27. It also marks the Canadian men's first visit to B.C. Place since March 2019 when they beat French Guiana 4-1 in CONCACAF Nations League qualifying.

The Canadians topped the final round of CONCACAF qualifying with an 8-2-4 record. Their last game was a 1-0 loss in Panama on March 30.

The Iran fixture is one of the few World Cup warm-ups for John Herdman's team in advance of Qatar. Herdman has said he will look to take the team to Europe in the fall to play several more matches to prepare for Qatar.

BC woman to share $1M lotto prize with family, but not before buying herself a new Harley

2 Central Okanagan restaurants recognized among the most beloved in Canada

UPDATE: Man missing from Vernon has been found safe

Okanagan man one of 7 charged in big BC drug bust

Children's deaths from influenza up in BC, with 5 mortalities last month

New direct flights between Kelowna and Mexico start next week