(UPDATE: Feb. 20 @ 5:30 p.m.) - Details are scarce, but North Shore Rescue is reporting that the body of missing snowshoer Remi Michalowski has been recovered.

According to an update on Twitter, the 39-year-old was found at the avalanche site north of Mount Seymour.

Crews had been searching for Michalowski since Monday morning.

(UPDATE: Feb. 20 @ 8:50 a.m.) - Rescuers have been airlifted into the area around Runner Peak, north of Mount Seymour, to resume the search for a missing hiker.

That hiker has now been identified as 39-year-old Remi Michalowski from Surrey, who hasn't been seen since he was swept away by an avalanche on Monday morning. 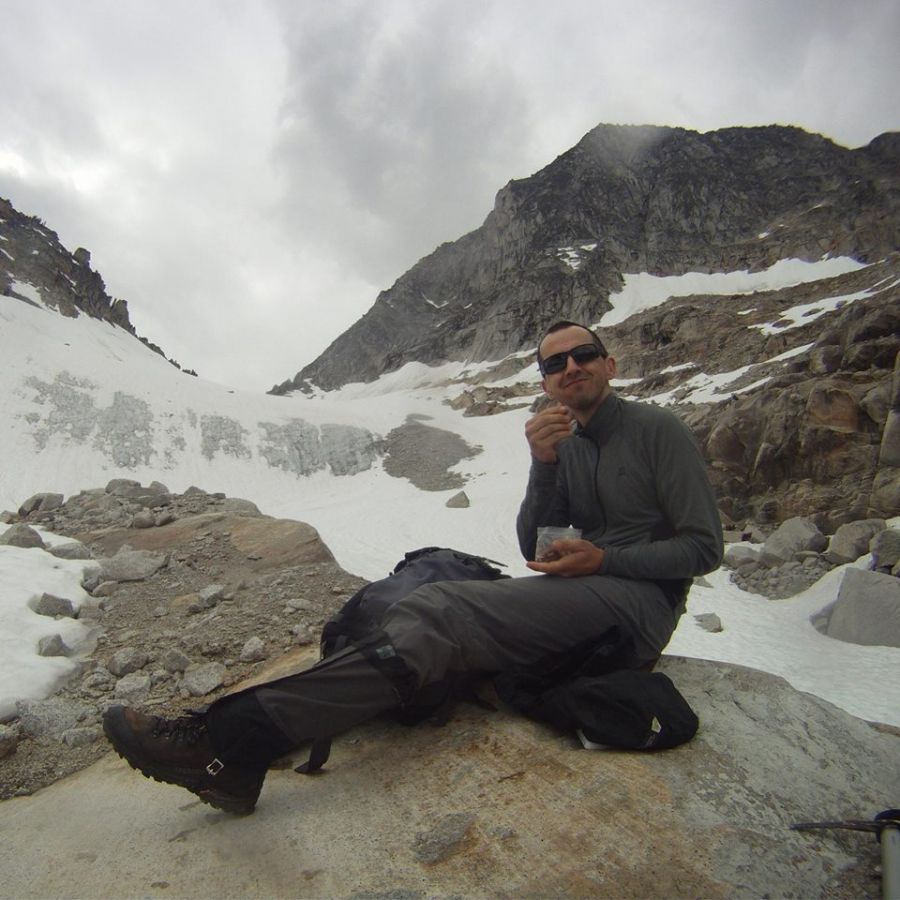 His 30-year-old hiking partner was able to cling to a tree and call for help once the avalanche passed.

He was airlifted from the area several hours later, but there's been no sign of Michalowski since the slide.

North Shore Rescue team leader Mike Danks says rescuers are hoping for the best, but fear the worst because overflights of the area on Monday found no trace of the missing man.

(UPDATE: Feb. 19 @ 10:50 a.m.) - The search for a missing hiker in Vancouver's rugged North Shore mountains has been suspended until Wednesday.

A North Shore Rescue (NSR) spokesperson said low cloud and up to 10 centimetres of snow in the forecast are hindering the search that began nearly 24 hours ago.

The missing man was snowshoeing with a friend when he was swept away by an avalanche near Runner Peak on Monday.

The victim's friend was able to cling to a tree and call for help and was airlifted off the peak later in the afternoon.

However, challenging conditions, including the threat of further slides, forced NSR to suspend the search overnight.

Avalanche Canada says 30 to 50 cm of recent snow in the area may have created a risk of snow slab avalanches.

(UPDATE: 7:45 p.m.) - One of the two missing hikers has been retrieved, but according to a search and rescue manager, the other hiker was not spotted Monday evening.

Rescuers have flown above the area where the avalanche struck north of Vancouver on Monday morning, but were unable to spot the second hiker.

According to Allan McMordie of North Shore Search and Rescue it's too dangerous for rescuers to get near Runner Peak, where the avalanche hit and potentially buried the man.

Rescuers were able to rescue the man's friend who had activated his emergency beacon and called for help from his cellphone following the avalanche.

McMordie says that the hiker was brought to the search and rescue station after crews retrieved him with a long line at around 4:30 p.m. Monday.

NSR posted on their Facebook stating that although the rescue is an ongoing operation, they are standing down for the night due to "high avalanche danger in the area."

Crews were assessing safety on Monday evening and McMordie says it's very dangers to be in an avalanche area in the dark due to a lack of visibility where it is impossible to see what is coming.

He says a team from Whistler Blackcomb dropped explosives from a helicopter to try to ease the danger of further avalanches in the area.

(Original Story: Feb. 18 @ 12:45 p.m.) - First responders are heading to a remote are near Mount Seymour in search of two overnight hikers.

NV RCMP have received a distress call from two hikers up on Mount Seymour Mountain. Local Search and Rescue has been mobilized. Unknown exactly the nature of the distress. Information to be disseminated as the incident unfolds.

Mt Seymour update: Emergency services are en route to a remote area located between ‘Runners Peak’ & ‘Mount Elsay’. It has been learned that two overnight hikers in that area were possibly caught up in an avalanche. It’s unknown the condition or other details of the hikers.

At first, the nature of their distress call was unknown, but it’s now believed that the two hikers were caught up in an avalanche.

According to NSR, the hikers are near Runner Peak, which is around 25 kilometres northeast of downtown Vancouver.

Police says the condition of the hikers, along with other details, are unknown at this time.

With files from The Canadian Press