(UPDATE: Jan 12, 2021): The BC Conservation Officer Service (BCCOS) has captured an aggressive coyote in Stanley Park after several people reported being nipped at while jogging.

"A coyote captured this morning in StanleyPark matches witness descriptions in several incidents of joggers being nipped, including two more cases over the weekend," said the BCCOS.

No one was seriously injured, and officers believe the escalating and abnormal coyote behaviour is due to being fed by people.

The Conservation Officer Service has closed part of Stanley Park in Vancouver after multiple reports of aggressive coyotes.

In coordination with Vancouver Park Board rangers, the Brockton Oval trail and other trails in the area are shut down. 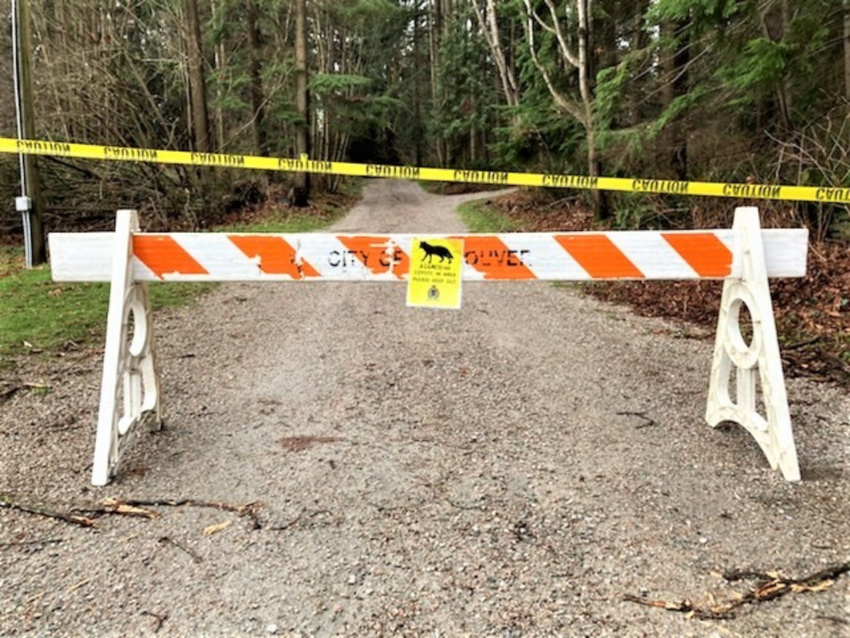 The COS said they have received reports of joggers being nipped in their lower leg and ankle area by a coyote.

They added that no one has been seriously injured.

“Coyote sightings in Stanley Park are not unusual, however this escalating behaviour is concerning,” the COS said.

Officers suspect that at least one coyote has been fed by people.

Conservation officers are patrolling the area in order to attempt to capture the coyote.

If a coyote approaches you, the COS encourages people to make yourself as large as possible, face it, wave your arms, yell, and throw sticks, stones or other objects at the animal.