Pets OK BC is renewing calls for the provincial government to void the discriminatory “no pets” policies in all rental, stratas, and manufactured home parks after a lack of response from the Ministry of Housing.

The pet advocacy group was promised the ear of the government in November, and a meeting with Selena Robinson, Minister of Housing, was planned in order to discuss the impacts on pet rental policies in the province. 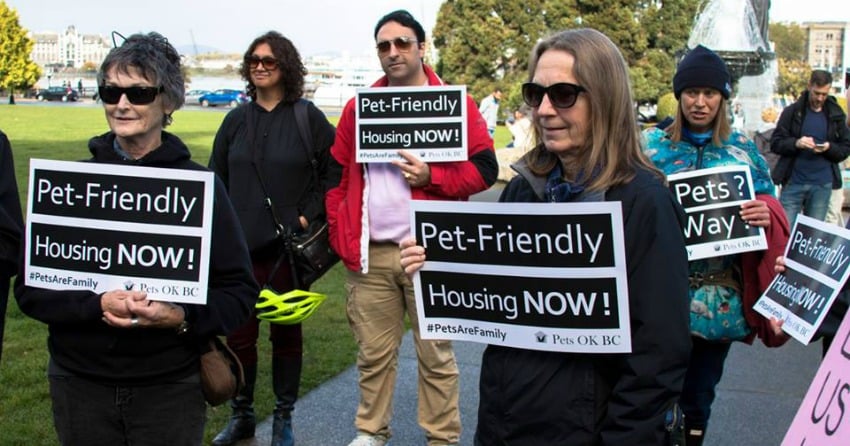 However, Eliot Galán, co-founder and organizer for Pets OK BC, reports that no movement on the issue has been made, and Robinson eventually denied them for a meeting due to “time restrictions.”

Now, the BC SPCA has provided new data showing the number of animals surrendered due to housing-related issues. According to the data, more than 1,700 pets were given up due to reasons that Pets OK BC highlight on their page.

“The Housing Minister apparently expects us to roll over and play dead, because it might upset the wealthy landlord lobby, whose primary aim is to expand their own control over the housing market,” says Galán.

“Pets OK BC has over 17,500 supporters who say the government must act now, in the interest of families forced to give up their pets to find housing, and countless others forced into homelessness or precarious situations to keep their families together.” 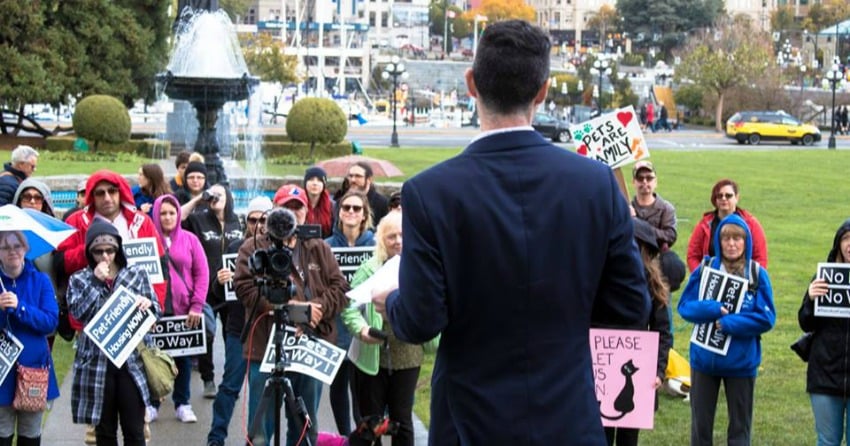 Jordan Reichert, the Pets OK BC representative for Victoria and Vancouver Island, says that 2018 needs to be the year the government makes a "compassionate policy change in the interests of families across B.C."

“Animals and their families continue to suffer and be separated because of this discriminatory policy which only exacerbates the housing pressures across the region,” Reichert says.

Click here to read about why B.C. landlords are hesitant to rent to tenants with pets.

Hwy 1 reopens after crash near Tappen