(Update: Nov. 26, 2021 @ 12pm):The BC RCMP is continuing to investigate yesterday’s active shooting incident in Vanderhoof, and is seeking the public’s assistance.

“Yesterday was nothing less than the most horrendous occurrence that can happen for police officers, our support staff, and our community. For reasons that may become clearer in the following days through the ongoing investigation, an individual opened fire on our police detachment where well over a dozen employees were working,” said Chief Spt. Warren Brown, BC RCMP North District.

“I am told that bullets from a rifle smashed through exterior windows striking walls, equipment, and flying past work stations where police officers and office staff sat. Terrible accounts where our employees were deafened by gun fire, could smell burning gunpowder, and threw themselves on the ground to avoid being shot. An incident like this is really something that happens rarely and regardless of how well we are trained, with the serious level of threat and fluid mayhem, it is remarkable to believe no one was hurt and the suspect was arrested safely.”

Police believe the incident was a targeted attack, and the suspect remains in custody.

The active shooter incident in Vanderhoof marked the first time that an emergency alert was broadcast to the public.

The Detachment remains closed to the public as a forensic examination is conducted.

Investigators are aware that there are numerous videos of the incident and are asking anyone with dash cam or cell phone video of the shooting, or the events following it, to share it with police

(Update: Nov. 25, 2021 @ 3pm): According to the RCMP, no injuries resulted from an active shooter earlier this afternoon in Vanderhoof.

:A brief pursuit was initiated, during which a police vehicle was rammed. The suspect was then arrested without incident," the RCMP said in a statement this afternoon.

The localized police Emergency Alert that was issued has been rescinded.

Roadblocks that had been put in place are currently being dismantled.

The Vanderhoof RCMP is dealing with an active shooter this afternoon who reportedly targeted the police detachment.

A localized police Emergency Alert has been issued in Vanderhoof. 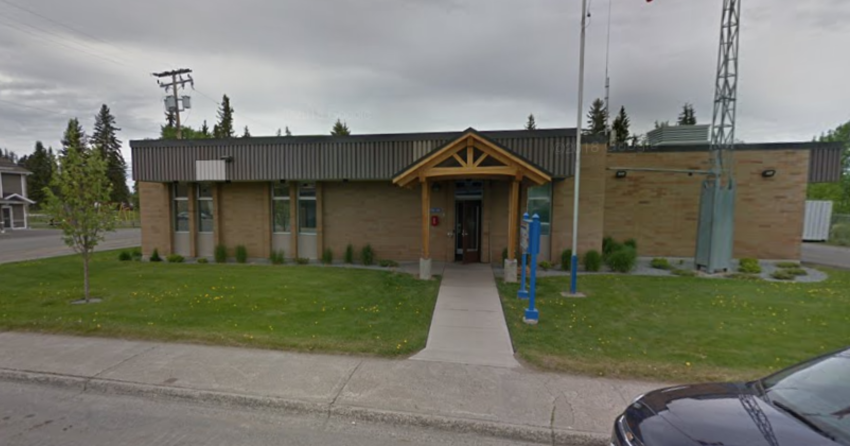 Police are telling members of the public to shelter in place and avoid the downtown area.

At 12:16 pm, an active shooter with a long gun targeted the RCMP Detachment in the 100 Block of Columbia Street and then continued to drive around the area.

Police believe the lone man is driving a white Ford pick-up truck with an extended cab.

Police say the man is armed and dangerous, and if anyone sees him they should call 911, and not approach.

Police, as well as specialized units, have been deployed.