Three people have been arrested in connection to the discovery of a GHB lab bust as a result of a year long investigation into dark web drug trafficking in BC.

According to the RCMP Federal Serious and Organized Crime (FSOC) unit, officers executed two search warrants at residences in Nanaimo. 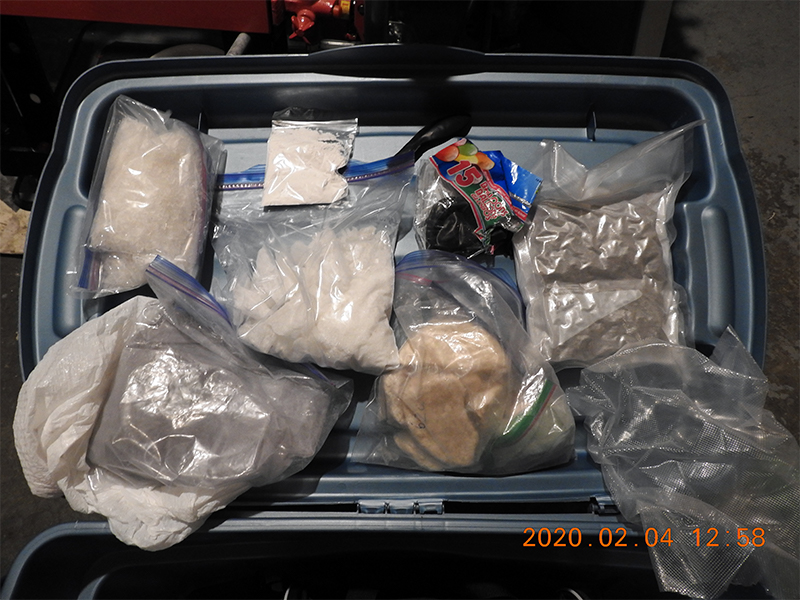 Over the course of the year-long investigation, investigators gathered evidence to support allegations that “AlwaysOvrWeight” was facilitating the online sale and shipment of a wide variety of drugs including cocaine, heroin, methamphetamine, GHB, psilocybin (mushrooms), ketamine and fentanyl to Canadians.

The investigators also gathered evidence to identify persons working behind the “AlwaysOrvWeight” moniker.

On Feb. 4, 2020, a search of a residence in the 3900 block of Hammond Bay Road revealed a GHB processing lab and evidence of drug packaging trafficking.

Another search of a separate residence in the 6100 block of Kiara Place turned up more evidence of drug trafficking using the dark web.

Investigators arrested three people in relation to the search warrants, but no charges have been laid yet.

“This marks the success of a challenging project. The RCMP in BC will continue to work to enhance public safety for all Canadians; in the real and virtual world,” said Spt. Richard Bergevin of RCMP FSOC.

The investigation is ongoing, the RCMP said.