Rebuild of Lytton after devastating wildfire to begin by September: minister

Rebuilding in the fire−ravaged village of Lytton is likely to begin in September, according to the province’s minister of public safety.

That would be 15 months after an out−of−control wildfire swept through and burned 90 per cent of the community.

Both Mike Farnworth and federal Emergency Preparedness Minister Bill Blair praised the response of both levels of government as quick and expeditious.

"It’s frustrating for people in Lytton, we totally understand that," Farnworth said.

The pair met Friday for the fourth in a series of five meetings to discuss climate change and the disaster response to wildfires and floods in B.C. last year. 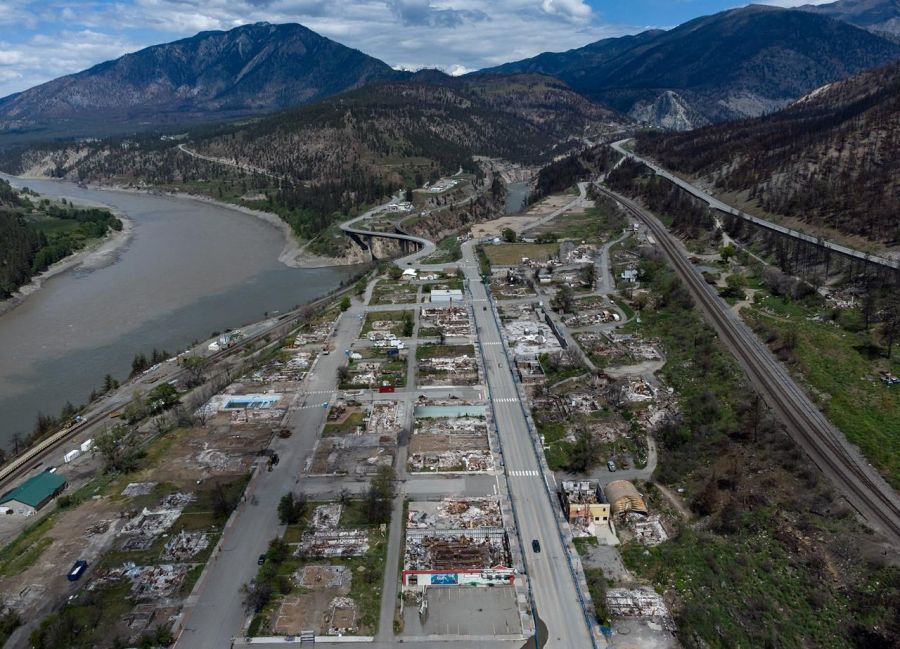 Blair announced Ottawa is sending an advance payment of $207 million to the province as it finalizes applications for the federal disaster assistance fund for communities affected by the wildfire season. The full request is more than twice that.

He acknowledged that the system of making an application and waiting for a response does affect how quickly governments can respond.

"We’ve worked very closely with them to move money as quickly as possible so they can begin that rebuild," Blair said. "People are waiting for help."

Blair toured the damage in Lytton last month and met with residents who are still in temporary housing nearly a year after the June 30, 2021, fire.

But before the rebuilding of homes can begin, Farnworth said, work must be done assessing environmental issues, clearing debris and repairing the highway.

"It’s not just about the lots, either, it’s also about all the utilities," he said, including phone and internet service, power and municipal services.

The community has a short−term plan in place and is working on longer−term planning now.

"The reality is recovery does take time, it can take quite a bit of time," he said.

The federal government has committed more than $5 billion toward disaster cleanup funding in B.C.

Meanwhile, the province is still finalizing disaster funding requests related to the back−to−back atmospheric rivers that caused widespread flooding in the interior in November.

The federal government is awaiting a report from a group that’s looking at how to design a national flood insurance program aimed at reducing the eventual costs of disaster cleanup and offering home and business owners protection in flood zones.

In March, Blair said he expected the report in the spring, but as of Friday, he said it is not complete.