Record-tying 800-lb sturgeon reeled in on BC river

It took 40 minutes, but eventually they reeled her in.

Alan Urmeneta, Darren Auramenko, Brant Craig and Frank Koch were fishing on the Fraser River near Mission on Friday when they hooked a monstrous white sturgeon. 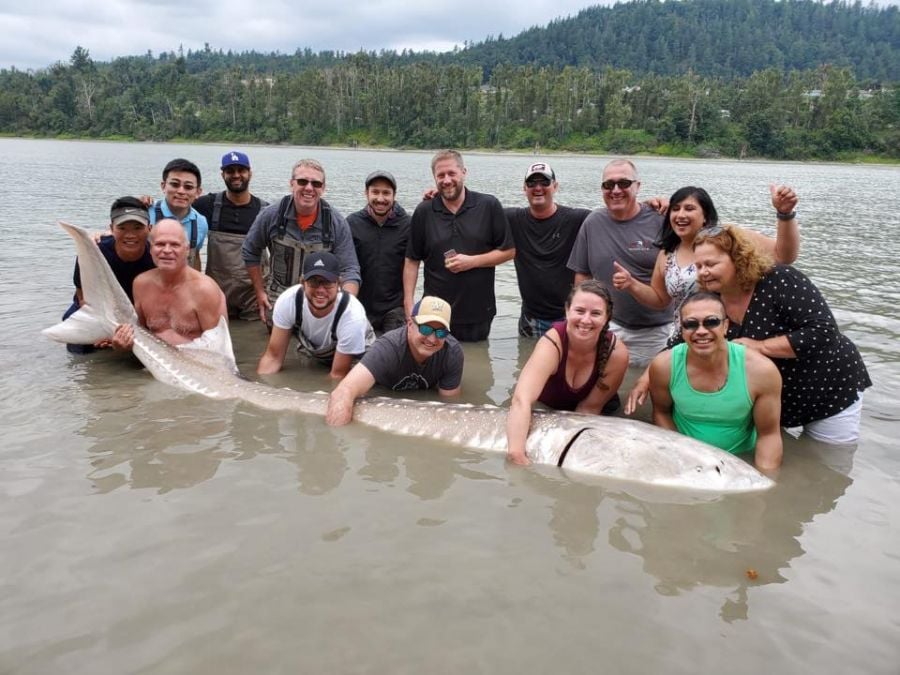 The group was part of a fishing trip with Lang’s Fishing Adventures and with the assistance of their guide, Darren Mulrooney, they reeled the creature in.

It was only then that they discovered the true magnitude of their catch. 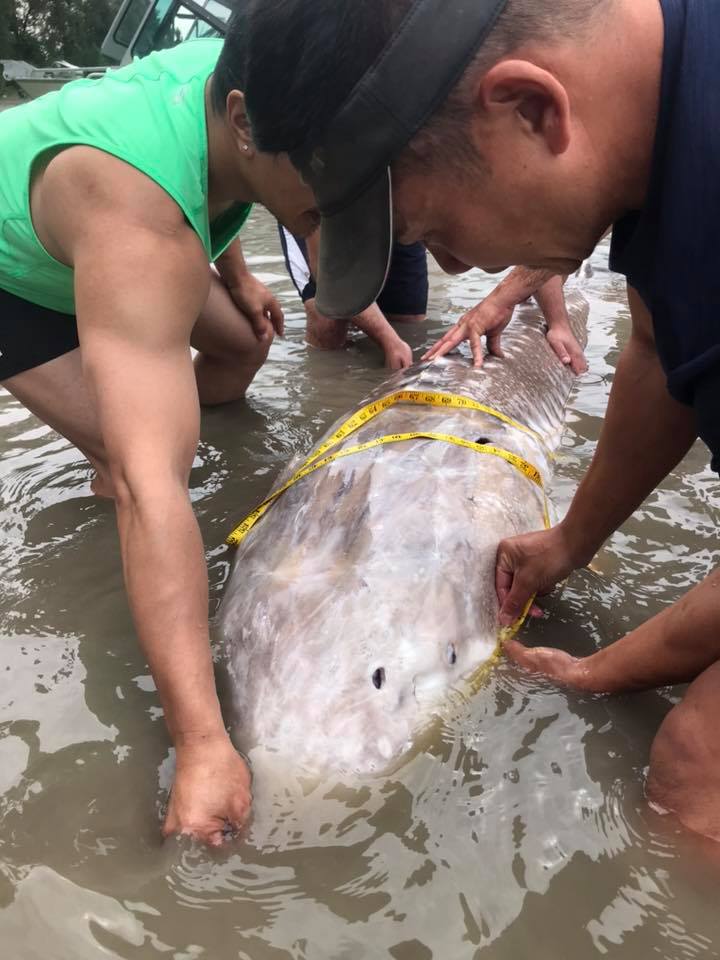 “Those measurements make this tied for the largest ‘tag and released’ white sturgeon on the Fraser River,” explained a Facebook post from Lang’s Fishing Adventures.

“This sturgeon is most likely a female and is well over a 100 years old, and is estimated to weigh roughly 800 lbs.” 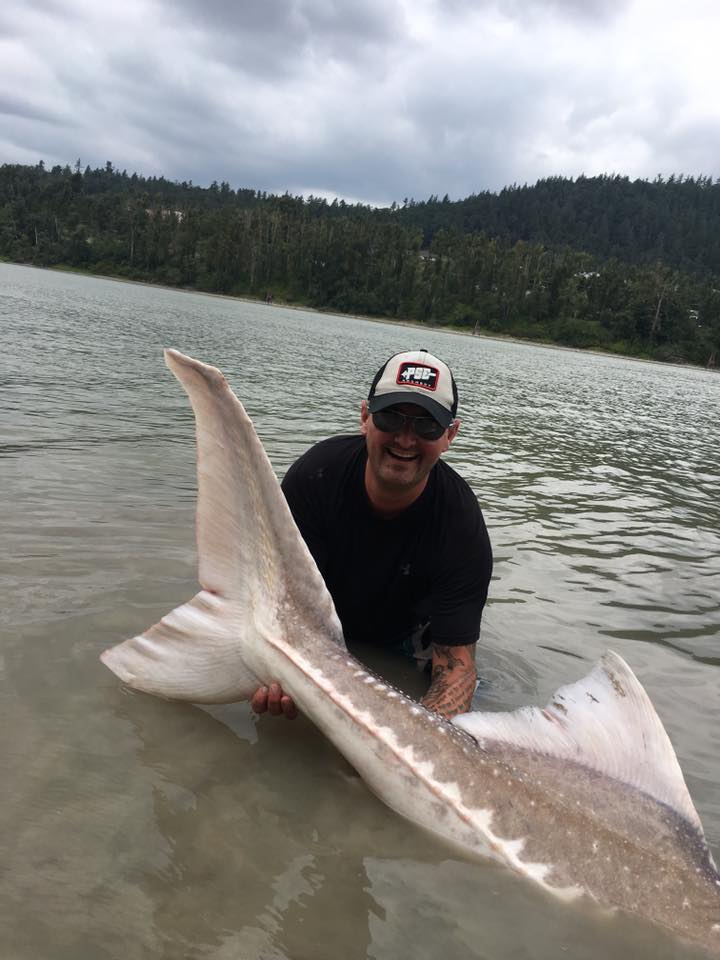 Somehow, the massive fish had never been tagged before, which is a rarity for a sturgeon that’s anywhere close to that size.

The group took a few pictures, tagged it for the Fraser River Sturgeon Conservation Society’s monitoring and assessment program and released it back into the wild.