The BC SPCA's South Peace Branch is looking for help after taking in a dog who is being treated for a gunshot wound.

According to the branch," Brownie," a six-year-old border collie and St. Bernard mix, has a fractured shinbone in his right hind leg. The SPCA is looking for the public's help with medical costs as Brownie is going in for surgery to repair his leg and remove the bullet fragment.

The veterinarians have estimated that Brownie's wound is at least a week old, meaning the dog has been in agony for days. 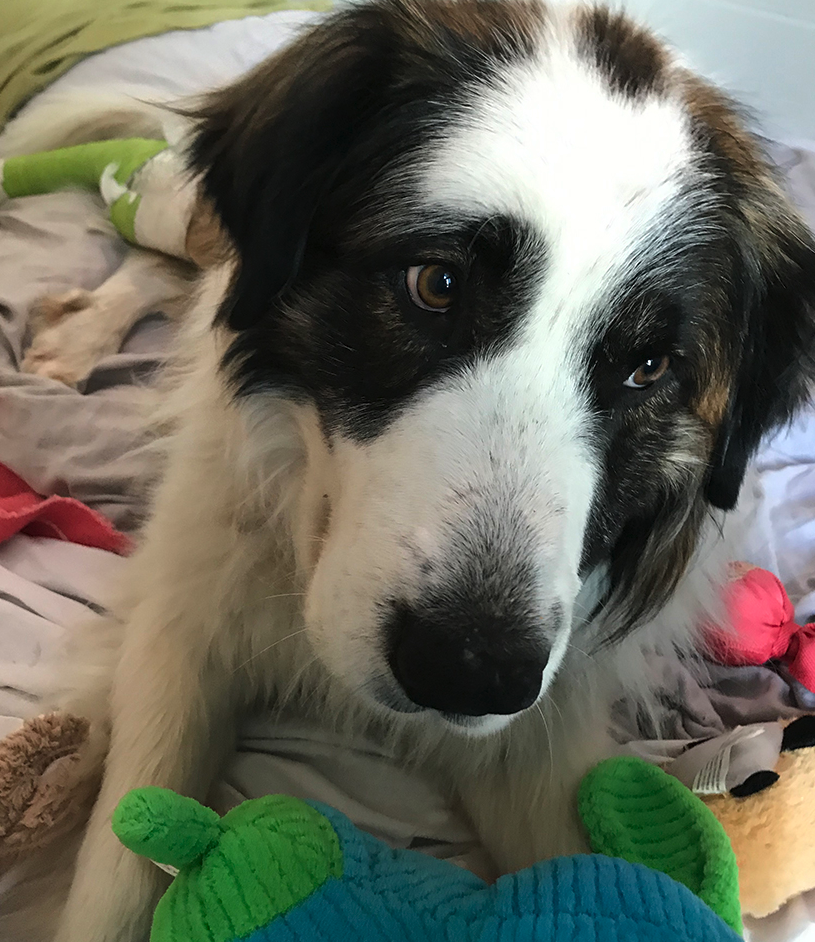 Brownie is currently underweight and came into the SPCA with a very matted coat and a rash around his neck and ears. He was in so much pain that he stopped eating altogether. Medication has relieved some of his pain and helped Brownie regain his appetite.

“Brownie is a very docile and loving dog. His calm and very sweet temperament shines through despite the extreme pain he must be experiencing right now,” said branch manager Wendy Davies. “He is quickly adjusting to living indoors and his highly social personality is blossoming as he is surrounded by people who are giving him lots of attention.”

The cost of Brownie's care is expected to reach $6,030. He will need about two months to recover from his injuries in a foster home before he is ready for adoption.

Those looking to help Brownie and other animals in the Peace, click here.