Smugglers caught ditching $2.8M worth of drugs near BC border town

A pair of smugglers who allegedly ditched $2.8-million in cocaine and methamphetmine have been arrested.

Last Friday, the two men were caught fleeing from Idaho into BC shortly after agents recovered five abandoned duffle bags loaded with contraband. 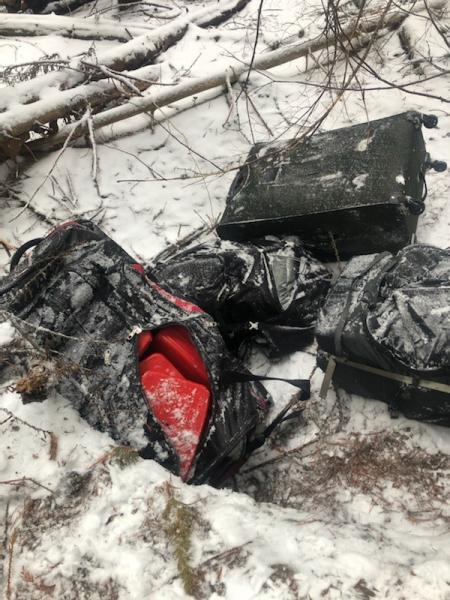 US Customs and Border Protection (CBP) say they were alerted to suspicious activity on a remote service road near Bonners Ferry, Idaho, just south of the border near Creston, BC.

"An agent responded to the area and located two individuals who were concealing themselves," said Jason Givens, press officer with the CBP.

The men fled across the border upon seeing the border patrol agents, who located the drugs where the pair were hiding.

Inside the bags was 38.1 kg of cocaine and 89.8 kg of methamphetamine, carrying a street value of approximately $2.8 million. 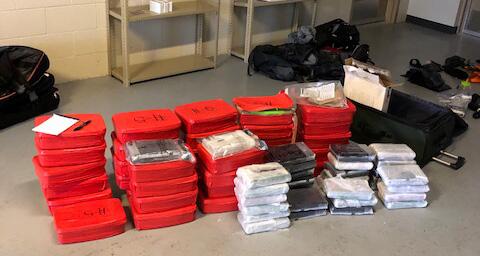 A search headed by the Osoyoos Border Integrity Team as well as members of the Creston and Cranbrook RCMP detachments found the suspects despite the snowy weather conditions.

Jason Arkinstall and Lawrence Dwyer have since been charged in connection with the importation/exportation of a controlled substance.