One British Columbia resident is going to be waking up very rich on Wednesday.

Tonight, the Vancouver Canucks are having another major 50/50 jackpot that is guaranteed to be over $1 million.

Tickets can be purchased online through the Vancouver Canucks website until 9:15 pm PST.

A winner will be selected shortly after and the lucky man or woman will take home half of whatever the jackpot ends up at.

It’s the second time this season the jackpot will surpass $1 million and it’ll happen once more on Feb. 22 when the Boston Bruins are in town. 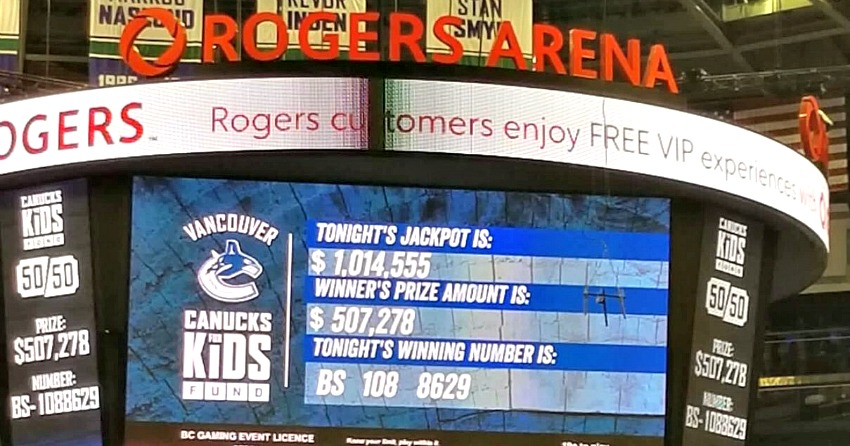 On opening night against the Los Angeles Kings, the jackpot hit $1.27 million and resulted in David Leitch taking home a cool $635,210.