A team of researchers in the Okanagan has developed a strategy to help prevent grapes becoming tainted by wildfire smoke.

The UBC Okanagan scientists found a way to stop the fruit from absorbing the smoke, and thus affecting the taste of the resulting wine.

“It’s definitely one of, if not the, biggest concern wine-making communities are facing today,” said Wesley Zandberg, assistant professor in chemistry at UBC Okanagan and the study’ author.

“When you look at the catastrophic wildfire seasons California and the Okanagan Valley have experienced in recent years, and the season Australia is experiencing now, I don’t think a solution can come quickly enough.”

“Winemakers are under a lot of pressure to find a way to protect their crops,” he added.

The team found that by spraying grapes with phospholipids a week before exposing them to simulated forest fire smoke, the levels of volatile phenols (which cause the smokey taste) were reduced. 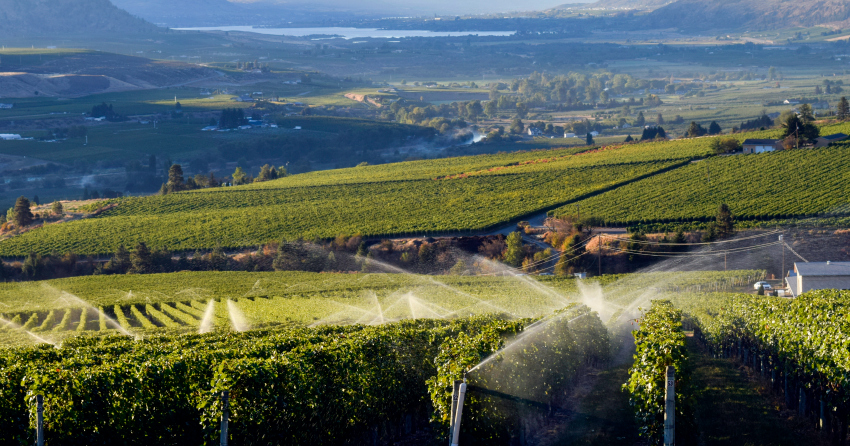 “The results are encouraging,” said Zandberg. “This strategy has shown potential in its ability to protect crops.”

He added: “Many grape-growers don’t have the means to pay to test their crops, so since smoke-taint can’t be reliably detected until grapes are fermented, producers have to wait weeks to know whether their plants are suitable or not.

“Meanwhile, costs and risks mount as their crops sit on the vine.”

Zandberg also explained that the effects of smoke on crops can cause more problems for some producers than others.

“A lot of wineries in the Okanagan Valley only use local grapes, so they don’t have the option of purchasing grapes from Washington or Oregon, as they wouldn’t be considered local,” he explained.

“When your whole business model is fermenting what you produce, you’re in big trouble if your grapes are tainted.”

The study was published recently in the Journal of Agricultural and Food Chemistry.