Unvaccinated people 27 times more likely to wind up in critical care due to COVID-19: Province

Health officials in British Columbia reported 2,275 new cases of COVID-19 over the past 24 hours.

Although case counts have been artificially capped by testing limitations in recent weeks, the recent drop in cases is an accurate indication of the province’s current trajectory, Dr. Bonnie Henry said today.

The provincial health officer explained this morning that case counts from the Omicron wave likely peaked last weekend, judging by more accurate surveillance streams like test positivity rate, the rolling average of cases and comparisons to other jurisdictions. 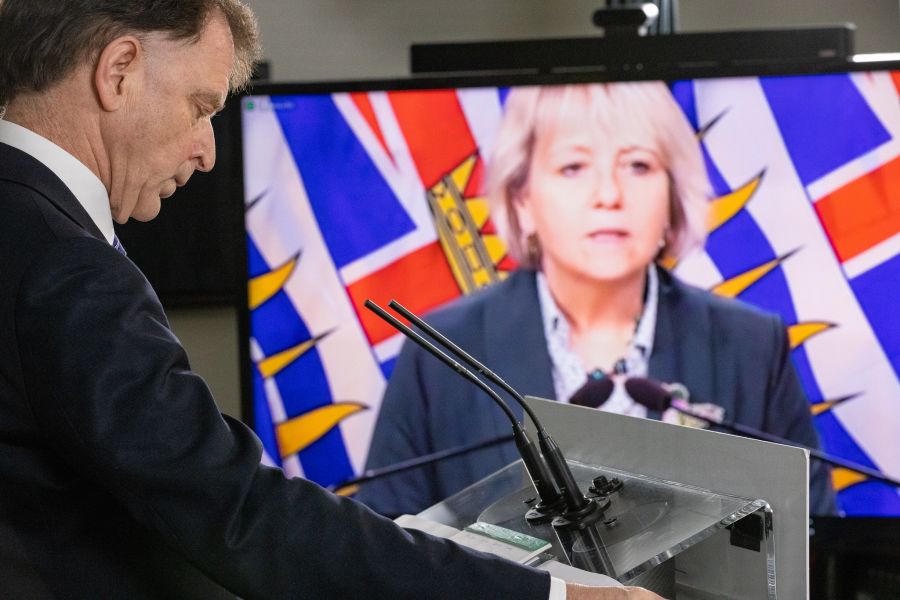 Another element of BC’s COVID-19 data reporting addressed earlier today was hospitalizations, which have been changed to bed census data as of today.

“Hospital figures are reported by the hospital in which the patient is hospitalized, rather than the patient's residence,” the Province explained.

As a result, the official number provided today saw a major jump to 646 COVID-positive people hospitalized in BC.

But provincial data released today showed that around 45% of COVID-19 hospital cases in Vancouver Coastal Health during December were “incidental,” which means the patient was in hospital for other reasons, but tested positive for the virus.

Henry explained that these figures were not released prior to today because their collection is complicated and requires chart reviews of individual patients.

However, these incidental hospitalization numbers are expected to be released once a week as soon as officials can implement an automated system, which is hoped to be in place by the end of the month.

Of those in hospital with COVID-19, 95 are currently in critical care, down seven from Thursday’s numbers, but that decrease is likely aided by six new deaths from the virus in the past 24 hours.

Three people died in Fraser Health, two in Interior Health and one more in Northern Health, bringing the province’s pandemic death toll to 2,468. 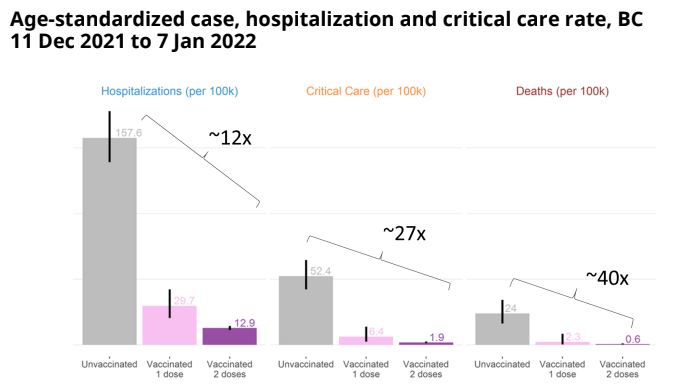 BC is nearing 10,000,000 doses of vaccines administered, as 89% of the population five years and up have received one dose and 83.3% have received two doses.