A new batch of police dogs is ready to hit the streets and sniff out crime in southwest British Columbia.

Seven new police dogs make up the graduating class of 2022 after completing their schooling at the RCMP Police Dog Service Training Centre in Innisfail, Alta.

All of the dogs and their handlers will join police teams throughout the Lower Mainland and Fraser Valley. 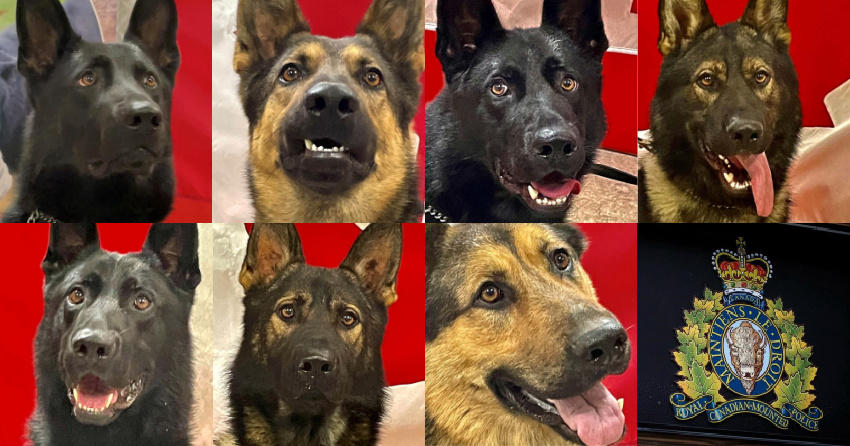 “A police dog is often the difference needed to bring about a successful conclusion to a wide variety of police incidents,” says Cst. Ross Findlay, New Westminster Police.

“Many people are safe today thanks to the actions of our heroic, furry partners! I’m sure it won’t be long until we hear something amazing about these new teams.”

You’ve seen their pictures above, now let’s meet the dogs and their handlers with a little bio from the RCMP on each canine. (From left to right, top row first then bottom row in the photo)