The New Democrats have won a majority government in the British Columbia election as voters have given John Horgan a second term after he took a gamble on calling an election during the COVID-19 pandemic.

Forty-four seats are needed in the 87-seat legislature to form a majority government.

The NDP also had a firm grip on the popular vote throughout Saturday night, holding about 45 per cent to the Liberals 35 per cent and the Greens at 16.

Horgan and Liberal Leader Andrew Wilkinson have both retained their seats. 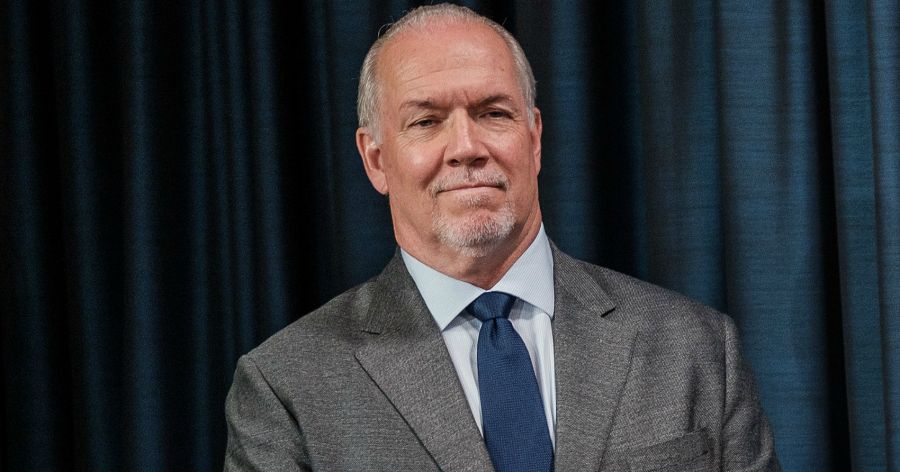 Green incumbent Adam Olsen has been re-elected while Green Leader Sonia Furstenau was leading in her riding.

Horgan dissolved his minority government a year before the province’s fixed voting date and his decision to call a snap election emerged as a key issue in the middle of the COVID-19 pandemic.

Mail-in-ballot requests surged during the pandemic, with the latest figures from Elections BC showing more than 720,000 were sent out and nearly 498,000 returned.

Elections BC says it hopes to deliver the final results by Nov. 16, but the date isn’t firm as it’s unclear how much time will be needed to count the mail-in ballots. Close to two million people voted in the 2017 election.

Horgan was branded a political opportunist by B.C. Liberal Leader Andrew Wilkinson and the Greens Sonia Furstenau for risking an election during the pandemic when they said people needed stability.

But Horgan said he called the election to give the province a chance at the certainty of a majority government in uncertain times.

At dissolution, the NDP and Liberals were tied with 41 seats in the legislature, while the Greens held two seats, there were two Independents and one seat was vacant.

The campaign featured promises for more affordable daycare and improvements to long-term care, as well as different ideas on ways to spur the economy after the pandemic subsides.

The NDP platform was largely built on the party’s record and promises to continue what it started, including expanding $10-a-day child care and implementing a rent freeze until the end of next year. There was also a promise to provide a $1,000 recovery benefit for families with annual household incomes under $125,000.

The Liberals wanted to cancel the provincial sales tax for one year at a cost of $7 billion and eliminate the small business income tax to help with the economic recovery from COVID-19.

Furstenau argued for another minority government, telling voters not to give all the power to one party. She campaigned on the influence the Greens have had on policy, particularly on the government’s transition to renewable energy in its Clean BC plan.