The ceiling has been smashed.

The milestone has been surpassed.

The landmark has been hit.

The breakthrough has been made.

And the turning point has been cornered.

We're talking about the average selling price of a typical single-family home in Kelowna breaking the $1-million mark for the first-time ever.

"Housing activity throughout the pandemic has remained strong, so it comes as no surprise that the outlook for the remainder of the year continues on an upward trajectory," said Elton Ash, the Kelowna-based executive vice-president of ReMax Canada.

"It's great for homeowners and their equity, but challenging for first-time buyers who have been priced out of the market." 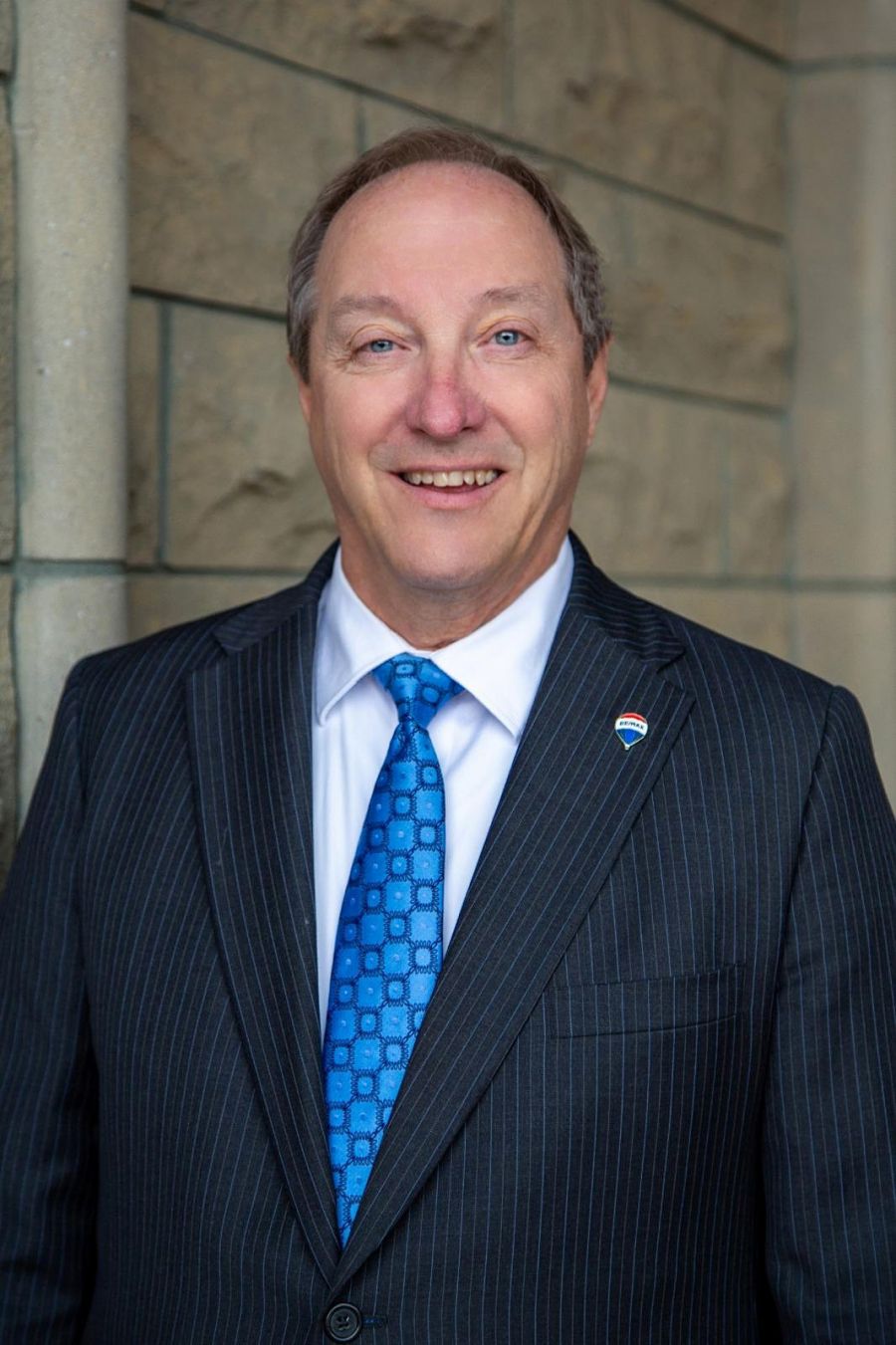 The $1-million price has and hasn't been a long time coming.

Real estate is always cyclical, but generally local home prices have been on a somewhat consistent steady rise for decades.

But, it's been the past year in particular that pushed the price into the stratosphere.

At the end of 2020, ReMax pegged the average selling price of a single-family home in the Central Okanagan at $872,407. 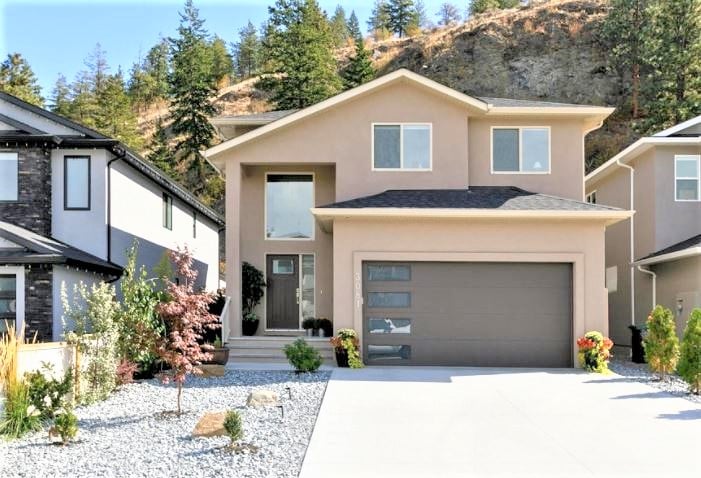 The figures are included in the ReMax 2021 Fall Housing Market Outlook, which tracks prices and makes predictions for the rest of the year for 30 cities across Canada.

Kelowna has always been a desirable place to live, work, play and invest, thus pushing up demand and pricing for housing.

The pandemic only amped up the desirability with people prompted to move or invest in Kelowna and residents already here deciding they needed or wanted a bigger and better place.

A scarcity of homes for sale and developers not able to keep up with new construction mean there's a shortage of places to buy, further catapulting prices upward.

"We must continue to educate Canadians from a practical, real world point of view. What is affecting the Canadian housing market right now? Low interest rates, economic stimulus, higher home-buying budgets, a higher savings rate, homeowners too scared to sell and not enough new construction."

For the rest of the year, ReMax forecasts house prices will escalate another 5%, which would put the average selling price of a typical single-family home at $1.07 million.

ReMax uses average selling price, whereas the Association of Interior Realtors uses a benchmark price it feels is a truer representation of the selling prices of typical properties.

The association put the benchmark selling price of a typical single-family home at a record-high $961,800 in August, before slipping a little to $933,500 in September.

Seven other cities in Canada have higher single-family home prices than Kelowna, according to the ReMax report.

They are Vancouver and Oakville, Ontario at $1.9 million each, Toronto at $1.7 million, Mississauga at $1.5 million, Burlington with $1.4 million and Victoria and Brampton at $1.2 million each. 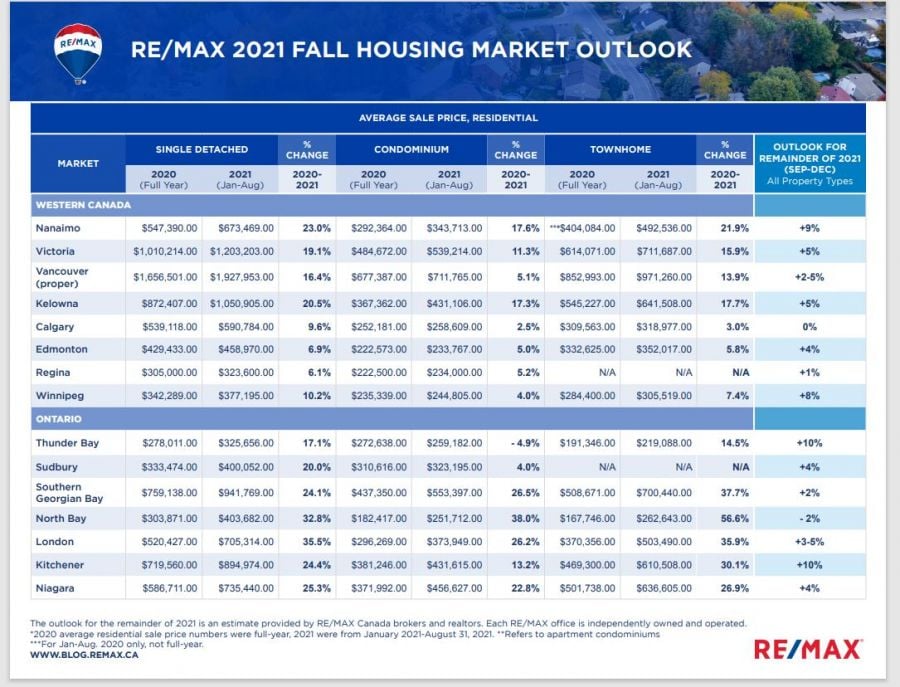 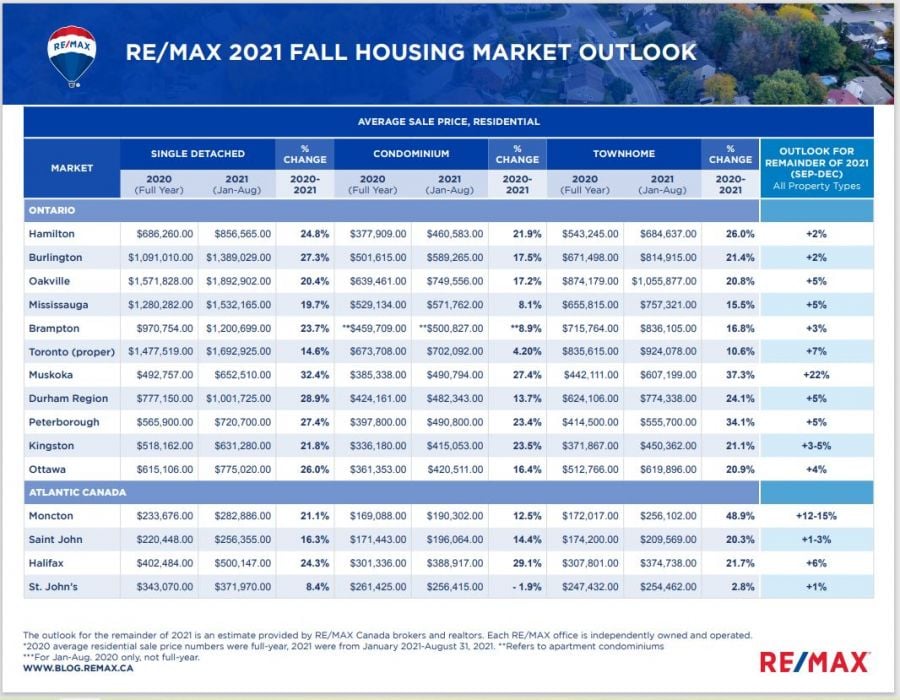