Monthly mortgage payments represent nearly half of the average household’s income in Kelowna.

That jaw-dropping stat has landed the Okanagan’s largest city sixth on a list of Canada’s most “cost-burdened” cities in 2020.

Conducted by Point 2 Homes, the recent study looked at the share of income needed to afford housing in the 50 most populous cities across the country.

BC takes up four of the top five spots, with Burnaby in first place, then Richmond, followed by Oakville in Ontario, then Vancouver and Kelowna. 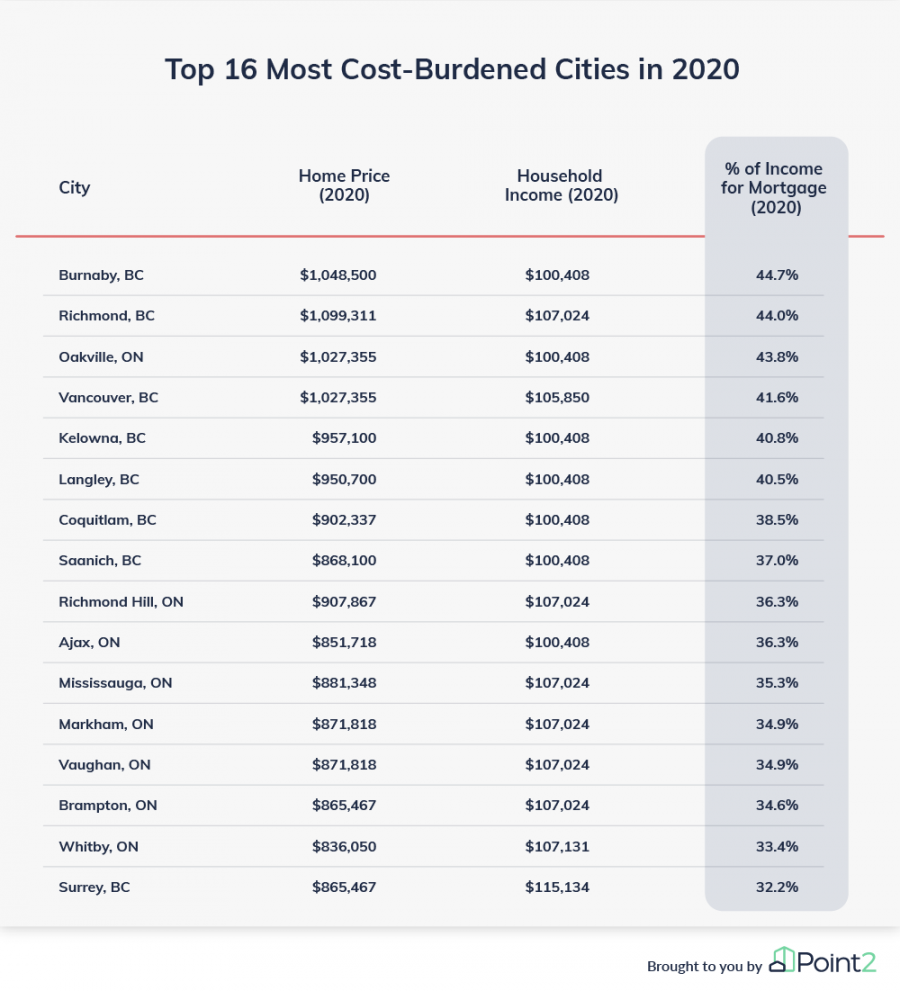 "In 2010, only six of the cities included in our analysis were on the list of mortgage-burdened markets. And in fact, with half of them toeing the line between affordable and unaffordable, only three were in markedly unaffordable territory: Coquitlam, BC (40%), Saanich, BC (36.1%) and Oakville, ON (32.8%)," said Point 2 Homes in the study.

"Fast forward to 2020 and the list is much longer. Moreover, with the least unaffordable market of the 16 taking up 32.2% of homeowners’ median income, all of them are firmly positioned in mortgage-burdened territory."

Meanwhile, looking at affordable cities, Halifax tops the list with the average mortgage taking up 10.8% of the median household income, down from 12.5% in 2015. 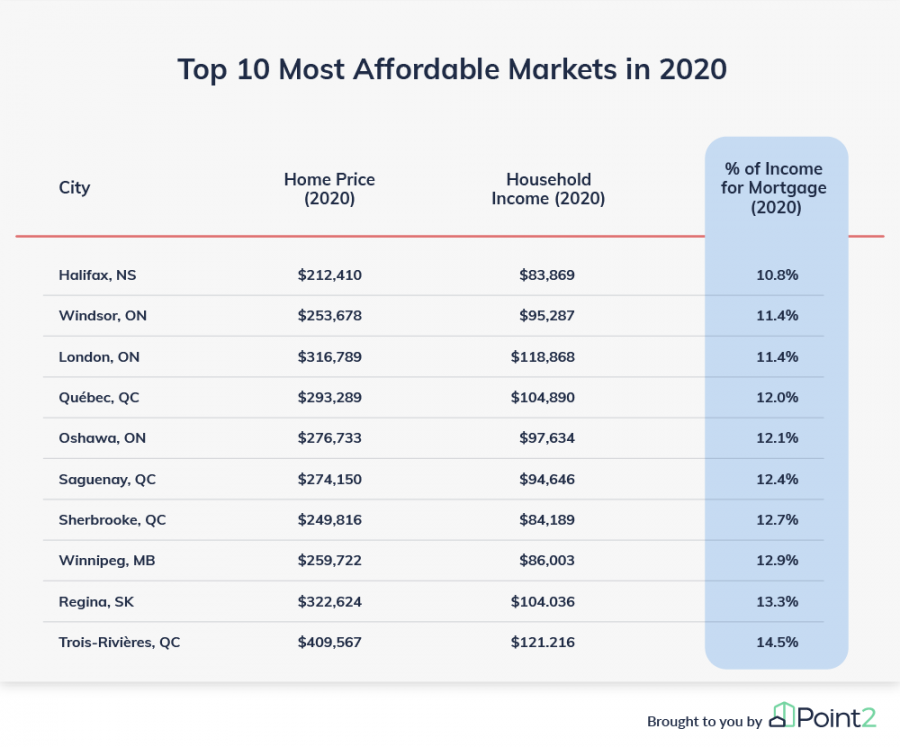 The study suggests that the pandemic has played a role in creating greater disparity between income and home prices across Canada.

"Disparity between galloping home prices and slower-moving incomes means that the number of unaffordable cities (where homeowners spend more than 30% of their income to cover the mortgage alone) is going up at an alarming rate," concluded the study.