Contracting company Aim Roads is reminding Okanagan residents to exercise extra caution on roads and highways as temperatures plummet in the region.

On Monday, temperatures dipped to around -15°C which makes standard de-icing chemicals like salt and calcium chloride ineffective.

“Unfortunately salt only works up to about -6°C, beyond that it doesn’t generate enough heat to function so we are forced to stop using it,” explained Greg Ehman, contract manager with AIM Roads.

“Below -6C we use other chemicals like calcium chloride, but even that has a temperature range that isn't effective at these temperatures so we've moved strictly to sand.” 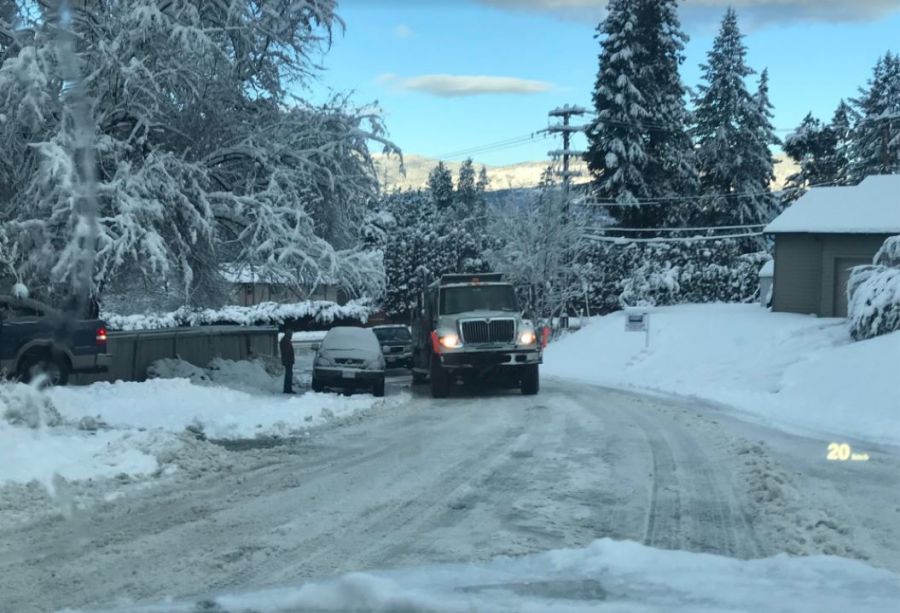 While crews began sanding the roads on Sunday evening, a combination of strong winds, snow and heavy traffic makes it difficult for the fine sand to stick to the pavement.

“The sand gets blown around because it’s only 3/8th or 9.5 mm in diameter as a maximum size, meaning it’s really fine so as soon as heavy traffic gets on it it runs a risk getting blown off fairly quickly,” said Ehman.

“Crews will continue to keep the main highways sanded and will work on a priority basis on secondary and other roads. Loaders and graters will be tackling areas with snowdrifts and we’re working closely with the school district to make sure bus routes are taken care of.”

According to Ehman, crews used a blend of calcium chloride and sand to try and restore traction along with the treacherous Highway 33 hill entering Kelowna where cars had become gridlock due to road conditions.

Temperatures are forecast to warm up by Friday, at which point crews will be able to switch back to more effective de-icing methods such as salt and calcium chloride.

Until then, officials remind drivers to double their expected stopping distance to four car lengths.

For updated information on road conditions in the Okanagan, click here.