(UPDATE: May 24 @ 12:30 pm) – One of the Shuswap’s most prized gems experienced a devastating fire over the May long weekend.

A fire broke out at the Quaaout Lodge and Resort in Chase in the early hours of May 22.

The Little Shuswap Lake Band confirmed in a statement that the guest wing of the resort was completely lost to the fire.

“This has been a traumatic incident for everyone involved, from our guests to our employees and especially our community members,” said James Tomma, Kukpi7 (Chief) of the Little Shuswap Lake Band (LSLB).

“Thankfully, and most importantly, there were no fatalities or serious injuries.”

Regardless of the devastating damage to the building and emotional distress of the employee and band members, Tomma is confident that they will rebuild once it is appropriate.

Tomma thanked the band’s Skwlax volunteer firefighters and the Chase Fire Department for their “heroic” response this weekend.

The investigation of the fire’s cause and the extent of damage is now underway. The resort will remain fully closed during this process.

The LSLB says they will not speculate on the cause at this time and are awaiting the completion of the investigation.

“Our focus right now is on the safety of our community, and doing what we can to support our guests and our employees,” said Kukpi7 Tomma.

“Quaaout Lodge is an important part of our community. It’s an engine of economic development, but also the cultural heart of the community.”

The resort opened 30 years ago in 1992 and renovations were completed over the following years, including the addition of a conference centre, the completion of the 18-hole championship golf course and the addition of the sports lounge.

Tomma added: “Quaaout means ‘when the sun’s rays first touch the water,’ and there will be a new dawn for the lodge and for our community.”

Work is ongoing to provide support to displaced guests and employees. Additional information will be provided to the media and public as it becomes available.

(Update: May 22 @ 4:30 pm) – Hours after a devastating fire ripped through one of the Shuswap’s iconic attractions, posts flooded social media showing the extent of damage the Quaaout Lodge experienced.

Firefighters and other emergency personnel were on scene Sunday morning. No information about what may have caused the blaze has been released yet.

Cole Silverberg, a pro shop attendant at the Quaaout Lodge and Spa, reached out to KelownaNow and explained that the entire side of the resort went up in flames and it appears that all 70 rooms of the resort have been destroyed.

Silverberg added that the kitchen and other areas of the resort will most likely be heavily damaged from smoke and water.

He says that an email from his team indicates that the future is uncertain but it looks as though the lodge will be closed for the rest of the summer.

However, the golf course may try to adjust their service to remain open. But it is still too early to be sure if they will be able to continue operations during the busy summer season.

Silverberg finished by saying that, “It was very scary seeing the lodge in full flames.”

Social media posts are pouring in, many expressing sorrow and heartbreak over losing one of the Shuswap's gems. 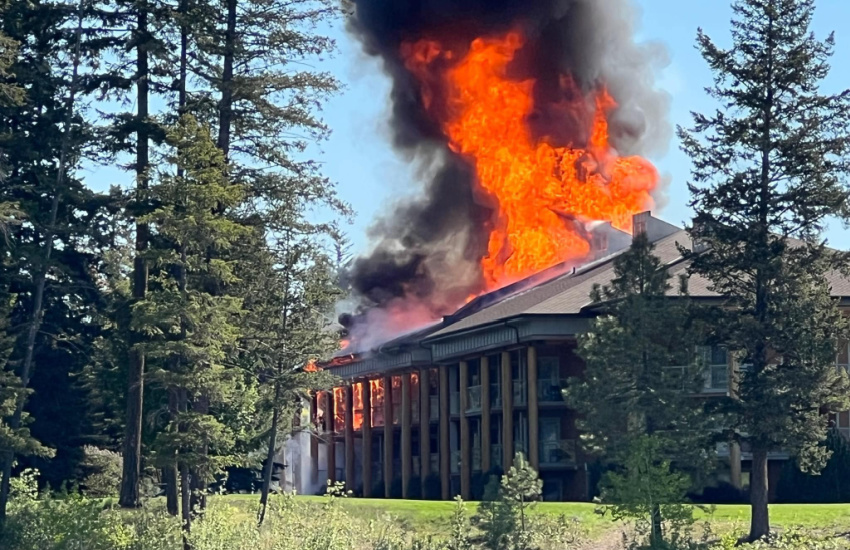 According to multiple witnesses, the Quaaout Lodge caught flames sometime this morning. Firefighters and other emergency personnel are currently on scene. 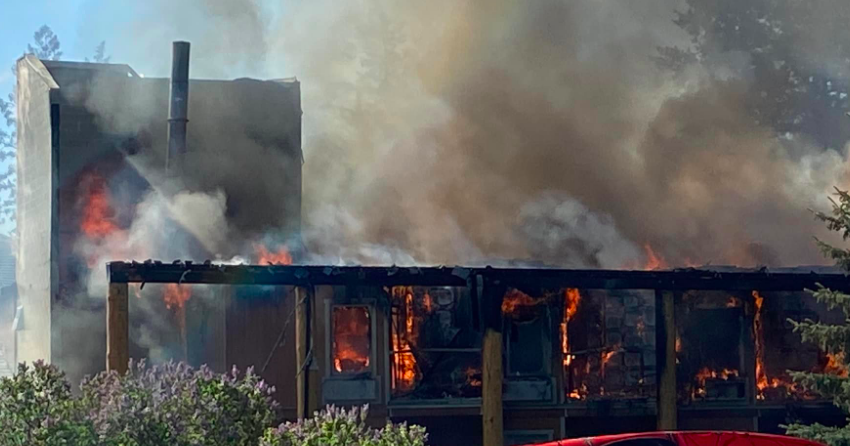 At this time, the cause of the blaze is unknown.

Those at the scene mentioned everyone who was inside the building is safe.