The movie they're shooting in Peachland is called Romance at Crystal Cove, but the story that's unfurled might be called Flag Flap at Swim Bay.

Without advance warning to the public, something strange happened in Peachland this week.

Municipal workers went to the waterfront and lowered the red and white maple leaf. In its place, they hoisted the stars and stripes of the American flag. 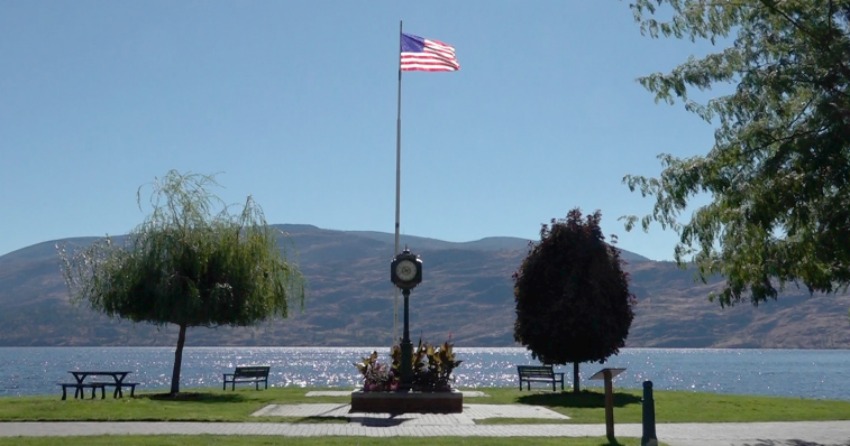 For some people, it came as a bit of a shock.

"They were upset because they weren't sure what it was all about," said Mayor Cindy Fortin. "It happened so quickly we weren't able to get the word out in time, but hopefully they know now." 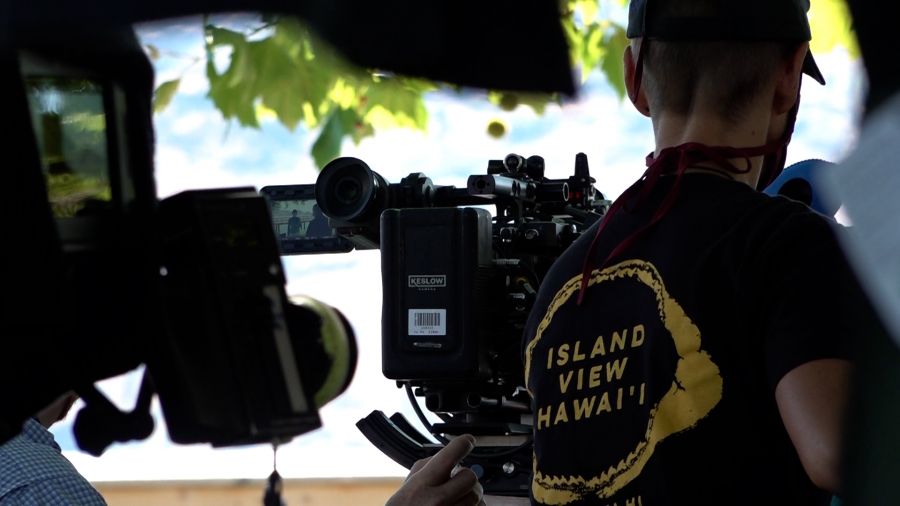 It turns out the movie is set in a small U-S coastal community so the U-S, flag was raised over Peachland to complete the picture.

In an effort to diffuse any concern, Fortin posted an explanation on Facebook. 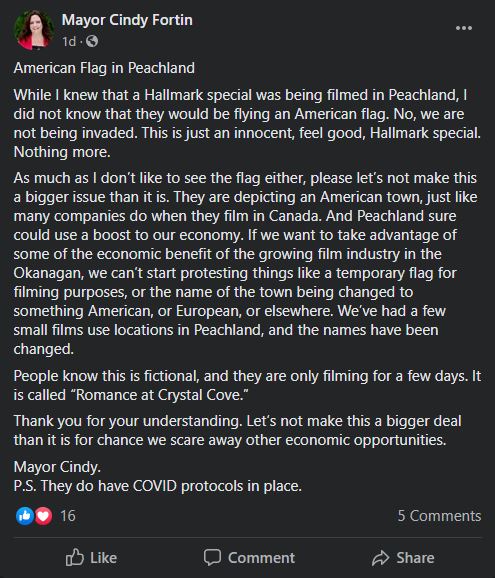 "It was meant to be a sort of a pre-emptive measure," she explained. But her choice of words generated another round of angst.

"I made a kind of a tongue in cheek joke on about 'no we're not being invaded' and some people took that wrong," she admitted.

"Most people were pretty good about it, there were a couple of people that were horrible about it, as always happens with social media." 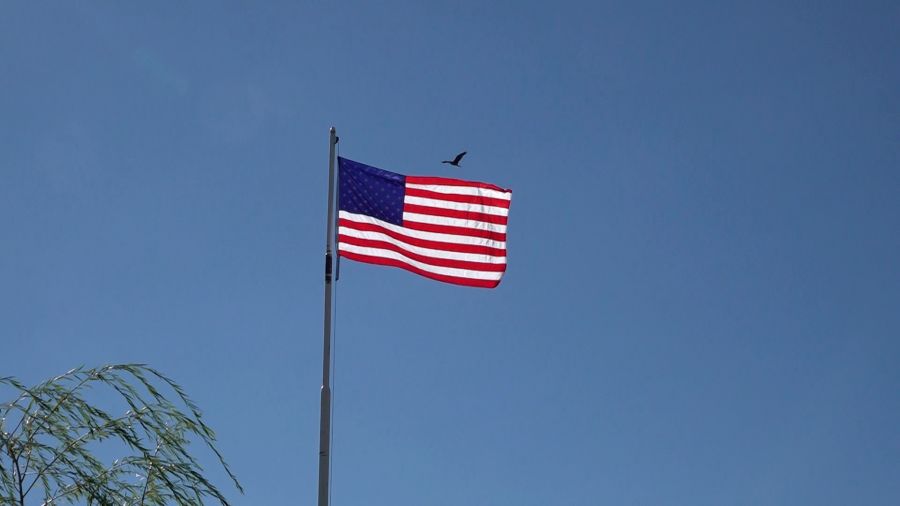 Fortin is pleased the movie shoot is happening, saying it's good for the local economy and sees all the rest as a sign of the times.

"Tensions are running high, and it must have seemed really strange to some people to see that flag out there in Peachland and I can understand that," she said.

And the production company is showing its understanding as well. "We're only leaving it up for the shots and then we're going to be taking it down," said producer Costa Vassos, who was in Peachland Thursday. 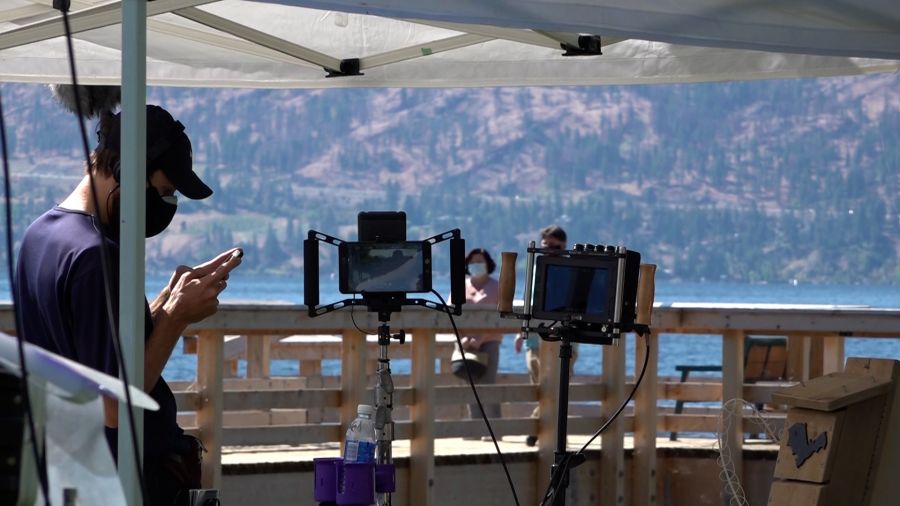 "Every night we'll take it down out of respect for the public," he continued. "We don't want to offend anybody. We are very sensitive to people's feelings about the flag."

For Mayor Fortin, and all politicians it's one more reminder that these days it's hard to say much without offending someone. 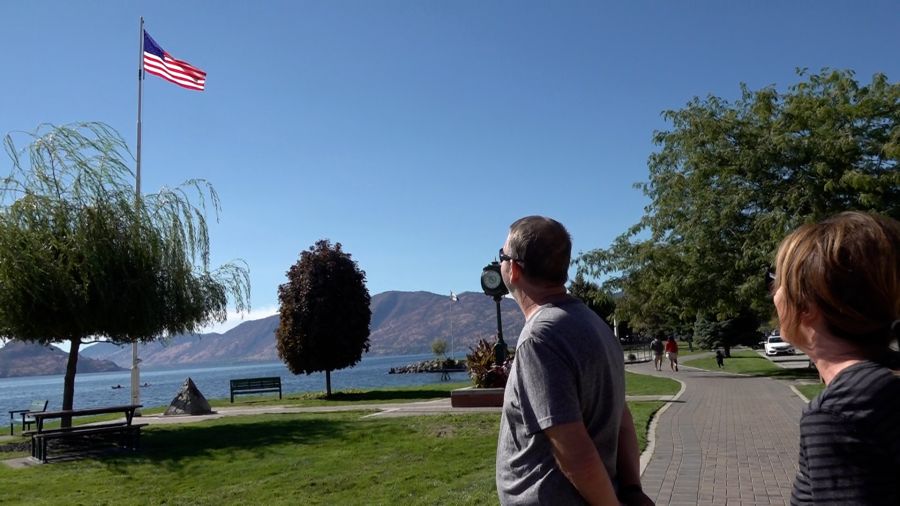 "Some people took it as me being anti-American or, you know how social media is, you can't win for losing."

Filming is expected to wrap up Friday Night.